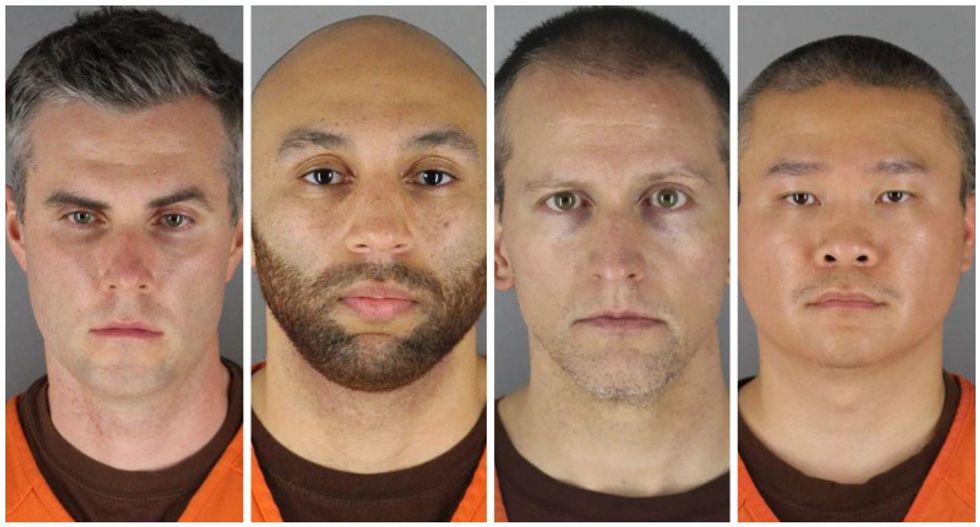 The four Minneapolis police officers charged in the death of George Floyd will be tried together in Hennepin County District Court, the Star Tribune reports.

The trial for Derek Chauvin, J. Alexander Kueng, Thomas Lane and Tou Thao, will begin on March 8. Judge Peter Cahill says he will allow cameras in the courtroom. The jury will be sequestered for their safety. According to Cahill, holding separate trials for the officers would be a burden on the eyewitnesses.

“The impact on eyewitnesses has greater import here where it appears at least two of the eyewitnesses watching the Defendants’ restraint of Floyd and his death are minors, whom the law deems to be particularly ‘vulnerable’,” Cahill said.