'Extremism' plays too large a role in the GOP: Longtime Republican operative explains why he's leaving the 'wrong side' 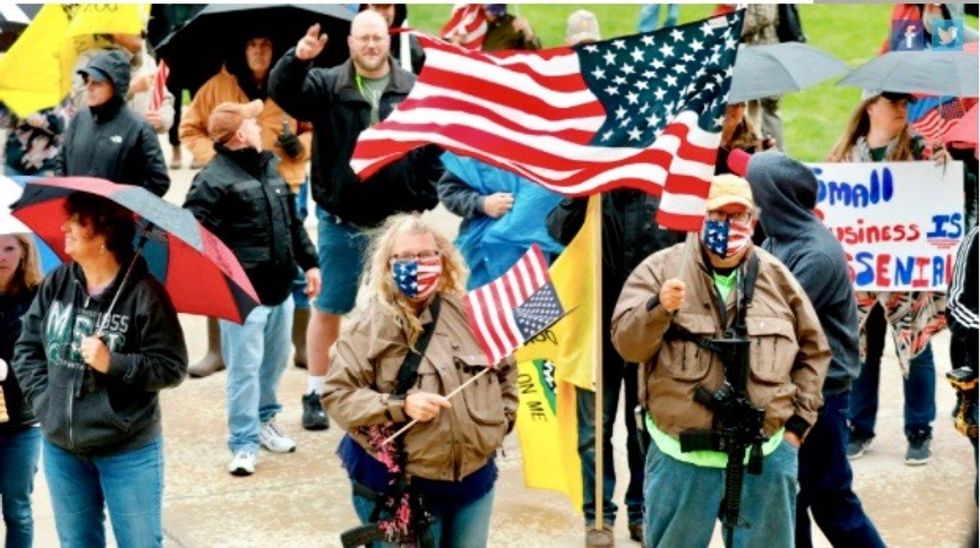 In Trumpworld, one of the worst things a Republican can be called is a "RINO" or "Republican In Name Only" — and conservative activist Tim Miller has been called that many times this year for his vehement opposition to President Donald Trump and support for President-elect Joe Biden. Miller, who served as communications director for former Florida Gov. Jeb Bush, remained in the Republican Party until recently despite his disdain for Trumpism. But on the conservative website The Bulwark, Miller explains why he has finally left the GOP after many years.

"This year, the Republican Party elected officials, with one Willardian exception, were united behind a birther who tried to ban people from travel based on their religion, told American Black women to 'go back' where they came from, and put a White nationalist collaborator in charge of our immigration regime," Miller explains. "So today, it's me who is heading for the exits. They have been clearly marked."

Miller points out that there were reactionaries in the Republican Party long before Trump's presidency, but under Trumpism, they have become especially outspoken. And looking back, Miller now says that the reactionaries were more prominent in the GOP in the past than he wanted to acknowledge.

Miller explains, "While Donald Trump and John McCain are polar opposites as men, the forces driving the illiberal and nativist elements of the Republican Party were there the whole time.… The thing is, in 2008, I had convinced myself these forces were just the nuts out on the margins, while I was one of the good ones. What I didn't realize — but probably should have — was that these forces weren't as marginal as I thought. That I was enabling them, and that they were increasing in power within the Party throughout the entire time I was a professional operative."

When Trump was elected president, Miller writes, it became impossible to ignore the role that extremism played in the GOP.

Miller writes, "Trump's win forced me to get outside of my bubble a bit and try to understand his appeal outside the urban pockets of fabulousness I inhabited. It opened my eyes to the lasting structural racism and resentments that still plague our polity…. It made me prioritize a bunch of issues that I never really saw as being up for debate between the parties — free and fair elections, pluralism, freedom of religion, the rule of law, welcoming immigrants, basic competence, governing for all Americans regardless of whether they voted for you. As it turns out, my old party was on the wrong side of basically all of those."

Miller writes that as repulsed as he has been by Trumpism, he kept hoping that his "relationship" with the GOP "was salvageable." Now, he realizes that it isn't.

"Sitting here today watching these Republican assholes sit silently while the president trashes our democracy with preposterous conspiracies and becomes the first modern president to refuse to concede an election, it's clear that any hopes for reconciliation were folly," Miller laments. "In short, it's me. But it's also you. It's over."