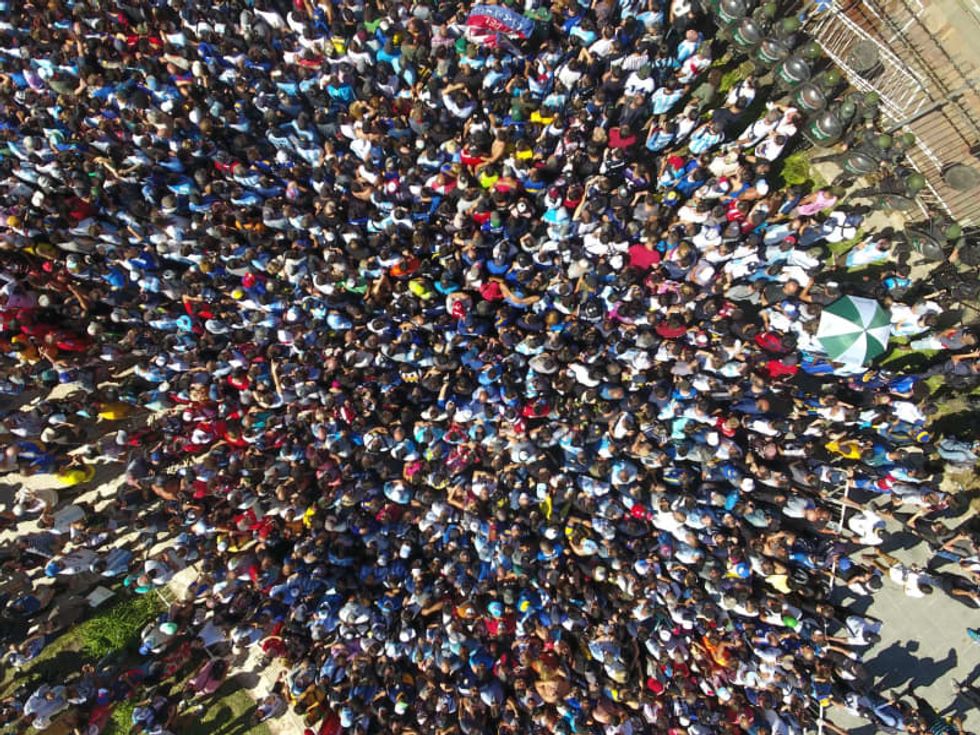 Fans of the late Argentinian football legend Diego Maradona on Thursday forced entry into the government palace, Casa Rosada, television reports said.The fans climbed over the fence at the entrance, apparently because they feared not being let in to see his coffin to pay their last respects.Police used tear gas to disperse the crowd, while inside the palace, Maradona's coffin was moved to a safer place in another room.Clashes meanwhile broke out near the Casa Rosada in the historic centre of Buenos Aires. Angry fans hurled stones and bottles at police, who responded with rubber bullets and wat...