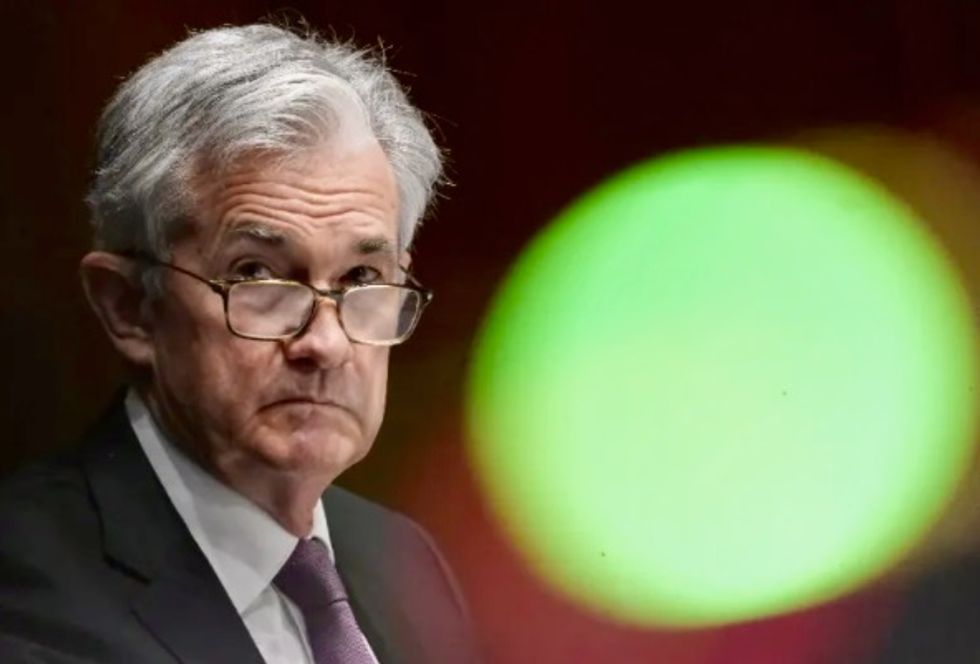 The trajectory of Covid-19 remains key to the US recovery and until it is eradicated, more emergency spending will be "essential" to support the economy, Federal Reserve Chair Jerome Powell said Thursday.

But with America's knife-edge election yet to be called, as state officials continue to tally ballots, the potential for a split government in Washington makes it less likely Congress will end months of gridlock and quickly approve another giant spending package to help workers and businesses.

Democratic challenger Joe Biden appears well-positioned to unseat President Donald Trump, but Republicans could retain control of the Senate -- although the final outcome may not be known for weeks, until after at least one run-off election in Georgia.

Powell steered away from any discussion of politics, saying the economy -- not the election -- was the focus of the two-day meeting of the Fed's policy-setting Federal Open Market Committee (FOMC).

The recent spike in Covid-19 cases is "particularly concerning" for the US economy, Powell told reporters.

While the United States has done better than expected economically, the outlook "is extraordinarily uncertain," he said.

The Fed chief warned that despite a jump in growth, "the pace of improvement has moderated" and spending has slowed, while the economy has regained just half the jobs lost in March and April.

"A full economic recovery is unlikely until people are confident that it's safe to re-engage in a broad range of activities," he said.

The support provided by the $2.2 trillion CARES Act "was absolutely essential in supporting the recovery that we've seen so far, which has generally exceeded expectations," he said, but "further support is likely to be needed."

The central bank chief has been increasingly vocal in his calls for Washington to spend more to help support the recovery after most provisions of a massive stimulus measure passed in March expired.

However, despite months of negotiations, the White House failed to reach an agreement with congressional Democrats on a new stimulus package before Tuesday's presidential election, and the chances for passage of a broad set of measures to help businesses and unemployed workers remains in doubt.

"Fiscal policy can do what we can't, which is to replace lost incomes for people who are out of work through no fault of their own," Powell said, calling government spending measures "absolutely essential."

He noted recent comments from lawmakers "that suggest generally that there will be something" in the form of stimulus.

Republican Senate Majority Leader Mitch McConnell, who won reelection, said Wednesday he wants to quickly approve new legislation in the "lame duck" session marking the final weeks of the current Congress, but in the past he has favored only limited programs.

The central bank earlier this year pumped trillions of dollars of liquidity into the financial system and cut the benchmark lending rate to zero, and the FOMC again committed to keep rates low for the foreseeable future.

Powell said the Fed has more tools available, however, he did not provide specifics or the certainty some analysts had been hoping to hear.

"We can certainly look at new facilities" if the situation deteriorates, he said.

But "if you want to get the economy back as quickly as possible to where we want it to be, then really it should be all of government working together."

He said the Fed is considering again extending its corporate lending facility beyond the current December 31 expiration date.

It also could ramp up the already massive purchases of government debt and mortgage-backed securities to keep money flowing through the US economy.

"The surge in economic activity we saw in late spring and early summer was not enough to fill the hole left by Covid," said economist Diane Swonk of Grant Thornton.

Although fiscal policy can better deal with the mounting risks, "the Fed will do more to support the economy, she said.