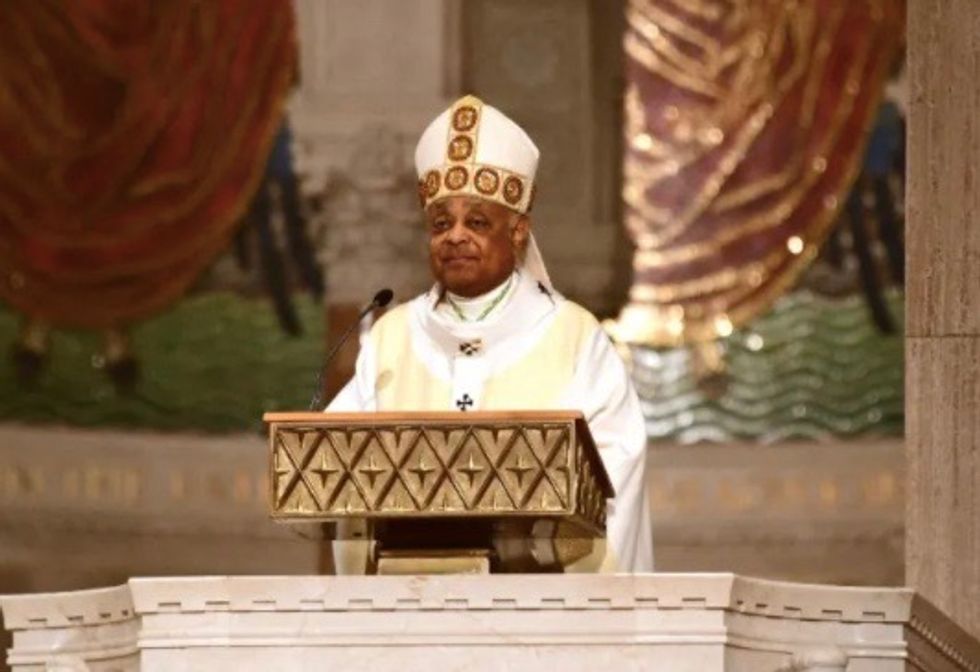 Wilton Gregory is about to make history: the first African-American to be picked as cardinal is handing out interviews like a Hollywood star and the Catholic world can't get enough.

The 72-year old Washington archbishop, who is currently under quarantine ahead of the big day in the Vatican on Saturday, shows no sign of pre-ceremony nerves as he chats via Zoom about Pope Francis's "important choice".

"I'm only one person, but at this point I'm a symbolic individual," the Chicago native told AFP with a broad smile.

His elevation is "a sign of the importance of and respect for the African-American community" -- and comes as the first recognized African-American priest, Augustus Tolton, is being considered for sainthood, he said.

Tolton, born to slaves in 19th-century Missouri, was ordained in Rome because no US seminary wanted him.

Times have changed: Gregory not only commands affection and respect in the United States, he speaks for many.

The first black archbishop of the US capital, appointed 18 months ago, did not hesitate to slam President Donald Trump's stunt with a bible last June after an anti-racism protest.

He has also not shied away from one of the Catholic Church's darkest ills: pedophile priests.

The US has been hit hard by the scandal and Gregory has echoed Francis in vowing zero tolerance.

A recent Vatican report found several popes had failed to tackle allegations that one of America's most influential cardinals, Theodore McCarrick, a former Washington archbishop himself, was a sexual predator.

"It's a sad report, but it's an important one," particularly in terms of bettering the vetting process for potential new bishops and cardinals, said Gregory, who was head of the American Bishops' Conference in the early 2000s.

On Saturday, as is customary, Gregory and 12 other new so-called "Princes of the Church," dressed in red cassocks, will kneel before the pope to receive their quadrangular scarlet cap, or biretta.

The color red signifies the cardinals' willingness to shed their own blood for the church.

In almost eight years of pontificate, Pope Francis has selected the majority of cardinals who will chose his successor -- prelates who are very often in tune with his ideas.

"The Holy Father has made a point of trying to bring different races, languages, cultures together within the college of cardinals," Gregory said.

"He named cardinals from countries that never had cardinals before. He's made it clear that he wants the college of cardinals to reflect the great diversity of the Church," he added.

The ceremony, known as a consistory, will be held in the sumptuous setting of Saint Peter's Basilica -- but this edition will be low key, due to coronavirus restrictions.

The Vatican is taking no risks with the health of the 83-year old pope and his cardinal-elects.

Two of those being raised to princehood will not make the trip from Asia, while many elderly cardinals have opted out of coming to greet the newcomers.

Gregory has travelled alone to Rome, with just an assistant for company, leaving family and friends behind.

"I'm just happy to be able to participate with pope Francis in what will be an unusual consistory," he said.

Gregory has a reputation as a moderate, a man who prizes dialogue, in a US Church split between progressives and ultra-conservatives who are often hostile to Pope Francis and delight in taking political stands.

"This must change. The divisions that appear so harshly in the public arena are not the way that we are called to be the Church," Gregory said.

Peace may be some way off, however.

Francis -- whose ideals have run contrary to Trump on migrants, the death penalty, social justice and the power of financial markets -- had warm words this month for his successor, Democrat Joe Biden.

Biden will become the second Catholic US president after John F. Kennedy.

But the current head of the American Bishops' Conference, Archbishop Jose Gomez, was less enthusiastic, launching a probe into Biden's pro-abortion programme, described as "a threat to the common good".