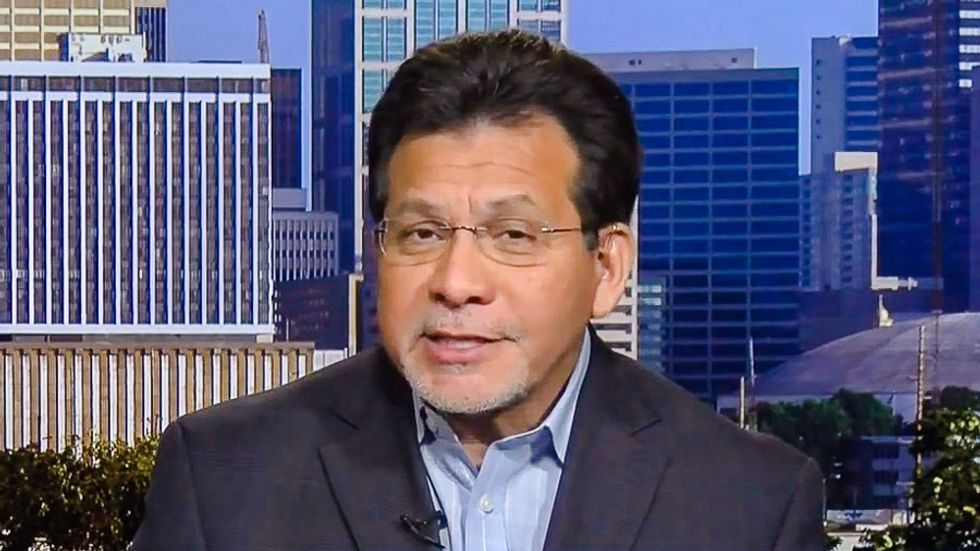 With President Donald Trump refusing to concede to President-Elect Joe Biden and baselessly claiming that the 2020 presidential election was stolen, Attorney General William Barr has asked the U.S. Department of Justice to launch an investigation into alleged voter fraud. Alberto R. Gonzales, who served as U.S. attorney general under President George W. Bush, discussed this development during a Tuesday morning, November 10 appearance on CNN — and even though Gonzales chose his words carefully and didn't go out of his way to criticize Trump or Barr, it was obvious that he saw zero evidence of widespread voter fraud.

On CNN's "New Day," the 65-year-old San Antonio native told host John Berman, "My brain, my gut, my experience tells me that President-Elect Biden has won this election…. Have I seen evidence of widespread fraud to a level that would overturn the results of this election? No, I haven't."

Gonzales, however, tried to sound diplomatic in his comments, telling Berman, "It may be that Attorney General Barr has evidence…. This is a highly contested election. Emotions run high."

But the former attorney general also said that if there is any evidence of widespread voter fraud in the 2020 presidential election, he certainly isn't aware of it. Moreover, Gonzales told Berman, "The perception that the Department of Justice is being used for political purposes…. is a terrible thing."

"This is unusual, there's no question about it," Gonzales acknowledged.

Gonzales joined the George W. Bush Administration in 2005 following the departure of Bush's first attorney general, John Ashcroft. Gonzales was a controversial figure during his years in the Bush Administration and drew a great deal of criticism over warrantless surveillance of U.S. citizens — and after resigning in 2007, he returned to the private sector and taught political science at Texas Tech University.