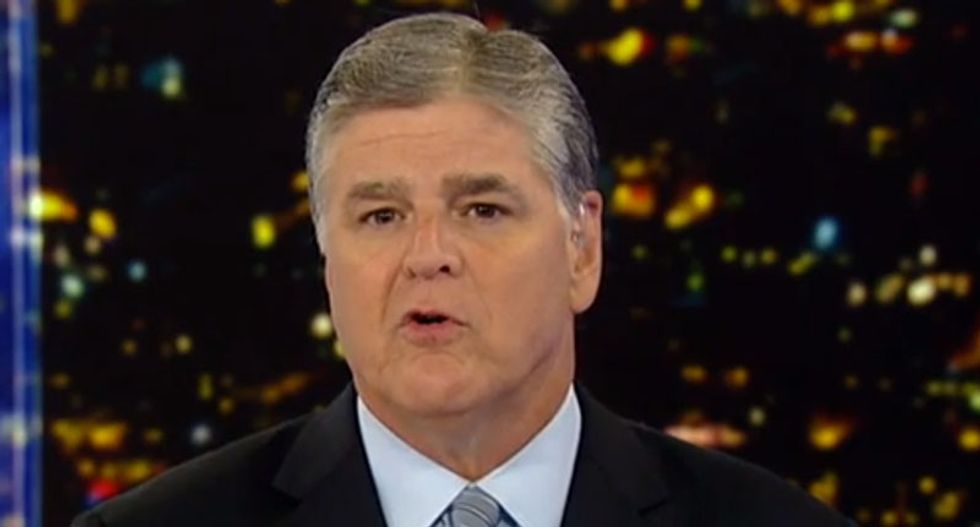 As of early Thursday afternoon, November 5, former Vice President Joe Biden — according to the Washington Post — has won 253 electoral votes, and the vote-counting continues in key battleground states like Pennsylvania and Georgia. Liberal Post opinion writer Greg Sargent, in his November 5 column, discusses Fox News' coverage of the election and is vehemently critical of the Fox opinion hosts who continue to carry Trump's water after Election Day.

"With President Trump mounting a frantic, last-ditch effort to stop the counting of votes that could doom his reelection," Sargent writes, "his Fox News propagandists are wheeling into action. One after another, they are raging that the election is being stolen from Trump by all manner of chicanery and fraud."

Trump has repeatedly made the baseless claim that mail-in voting promotes voter fraud and that Biden will use voting by mail to steal the election. And Sargent slams Sean Hannity and other Fox News opinion hosts who have reflexively echoed Trump's claims.

Fox News' Tucker Carlson, Sargent notes, claimed that the "outcome of our presidential election was seized from the hands of voters" — and Carlson's colleague, Laura Ingraham, asked, "Is the fix already in?" Such nonsense, Sargent writes, is "best understood as an effort to lay down a covering fog of lies for Trump campaign efforts to halt the vote count wherever possible."

At 9:12 a.m. eastern time on November 5, Trump tweeted, "STOP THE COUNT!" And Trump's campaign, Sargent argues, was trying to "make that a reality" with its lawsuits.

Trump posted that tweet at a time when 8% of the vote in Pennsylvania, according to the Post, still hadn't been counted. Sargent notes, "In Pennsylvania, where many elections analysts expect that Joe Biden will surpass Trump once final absentee ballots are counted, the campaign is mounting various legal challenges. But it's not clear how effective they'll be: one seeks to invalidate ballots that arrived after Election Day, but there may be very few of those."

Sargent concludes his column by stressing that Trump's sycophants at Fox News have done everything they can to convince viewers that Biden's Electoral College wins are illegitimate.

"In the closing days of the campaign," Sargent observes, "Fox personalities and programming pushed the idea that he was on track to a glorious victory, and that he could only lose if the election were stolen from him. As Matthew Gertz (of Media Matters) points out, this was all designed to lay the groundwork for Trump to try to invalidate countless votes against him. We're seeing that effort unfold right now, egged on by those same Fox personalities. But it's failing, and the very fact that it's deemed necessary to save him in the first place is in no small part their own doing."