Georgia secretary of state responds after Lindsey Graham's denial: He wanted to 'throw out the ballots' 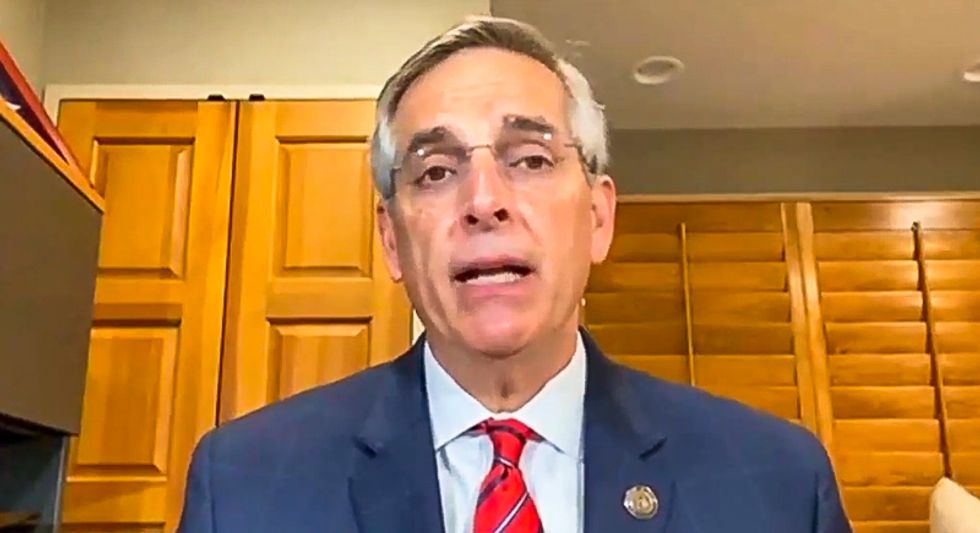 For his part, Graham has said that he was simply asking Raffensperger "to explain to me the system."

Raffensperger recalled his conversation with Graham during an interview on CBS.

"I just assumed he was calling about the two runoffs for the senators so I called him back and then during our discussion, he asked if ballots can be matched back to the envelope, the absentee ballots," Raffensperger said. "I explained in our process after it went through two sets of signature match, at that point [the ballots and envelopes] were separated."

"But then Sen. Graham implied for us to audit the envelopes and then throw out the ballots for counties who had the highest frequency error of signatures," he continued. "I tried to help explain that because we did signature match, you couldn't tie the signature back anymore to those ballots. Just like if you voted in person, my name is not on my ballot and so it can't be tied back to me."

Raffensperger pointed out that Graham's suggestion would have violated the secrecy of the ballots.

"We just decided the best action was not to get back and not to reengage," Raffensperger remarked. "I thought we were going to be just asking what's the status of the senator races, the runoffs. When it went down this other path, I think the best thing was just to disengage and move forward."