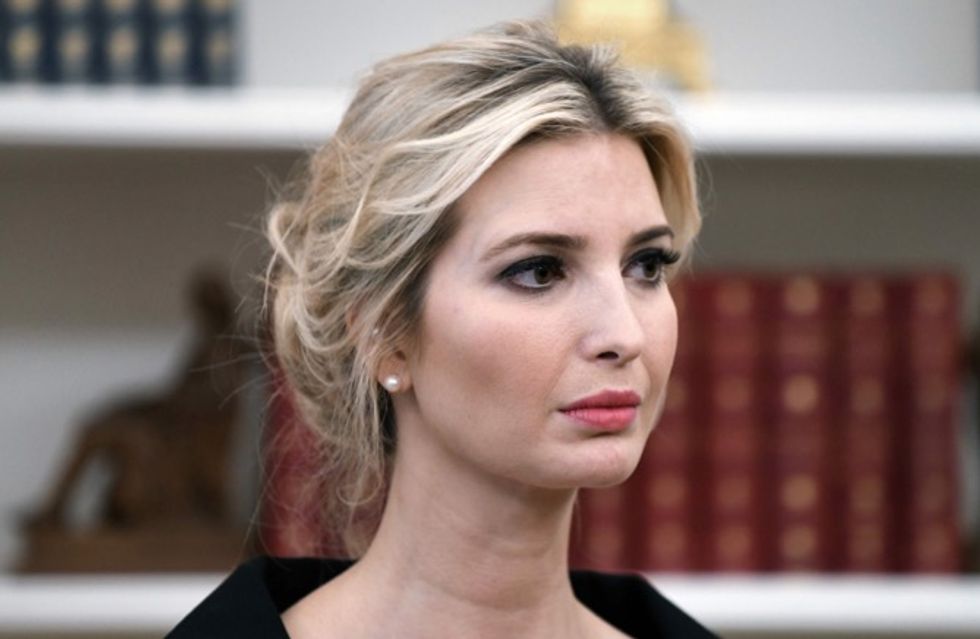 Ivanka Trump is once again being hammered as a hypocrite after tweeting out congratulations to her father as the Associated Press called Alaska for President Donald Trump.

President Trump, the Trump family, the Trump campaign, and many MAGA activists and supporters have repeatedly insisted that the news media does not call elections – even though for years they have been taking the media's projections as fact, including the mainstream media's projection that Trump won the 2016 election before he even reached 270 Electoral College votes.

The First Daughter is being branded a hypocrite,

@IvankaTrump @realDonaldTrump @DanSullivan_AK Oh you saw that @AP_Politics race call? Did you miss this one? https://t.co/dxn0GkSfeD
— Sarah Cooper (@Sarah Cooper) 1605118480.0

@IvankaTrump @realDonaldTrump @DanSullivan_AK so glad we agree that The AP can call election victories. thank you.
— Jarett Wieselman (@Jarett Wieselman) 1605117709.0