'He won because...' -- Trump edges toward accepting Biden victory 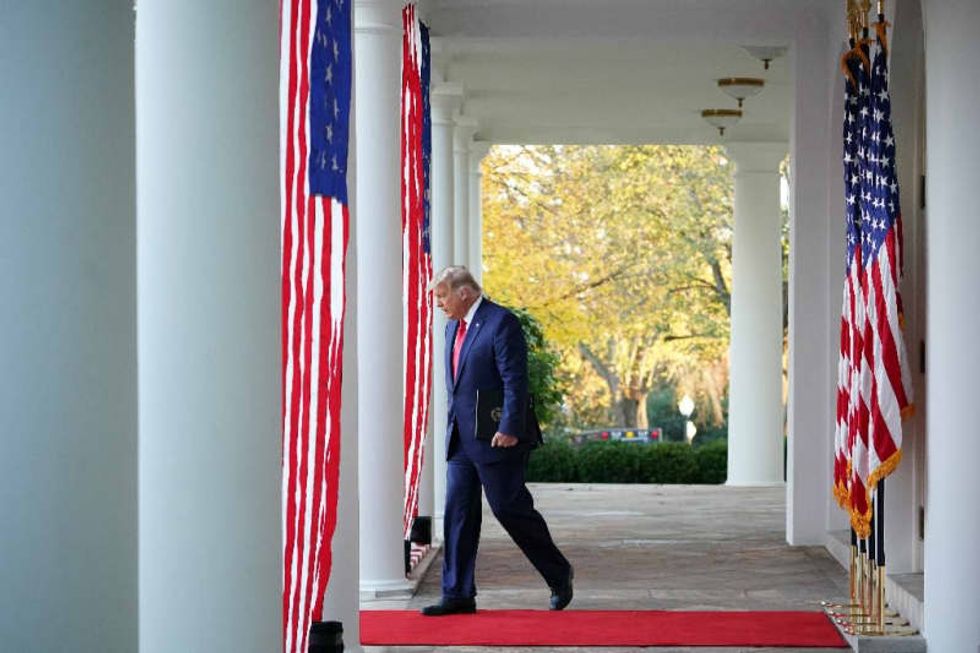 President Donald Trump appeared to edge closer towards acknowledging his election defeat in a tweet on Sunday morning, as he again railed against supposed mass fraud in the vote won by challenger Joe Biden.

"He won because the Election was Rigged. NO VOTE WATCHERS OR OBSERVERS allowed, vote tabulated by a Radical Left privately owned company," Trump tweeted in his clearest yet admission of defeat.

Trump has refused to concede the election, and repeatedly said he intended to overturn the result through legal cases -- though no evidence of mass fraud in the November 3 election has been found.

But the first two words of his Sunday tweet -- two days after a slip in which he said "time will tell" if he remains president -- seemed to bring him another step closer to admitting defeat.

Thousands of Trump supporters rallied in Washington on Saturday, backing his claims of fraud, with clashes erupting in the evening with rival protesters.

At least 20 people were arrested, reports said, including four for firearm violations and one for assault on a police officer.

Trump himself made a drive-past of the rally in his armored motorcade, on his way to play golf, smiling through his limousine window to wild cheers and signs saying "Best prez ever" and "Trump 2020: Keep America Great."

Many of Trump's tweets over the weekend alleging the election was rigged against him have been tagged by Twitter as containing "disputed" information.