Here are 3 reasons why Biden flipped Michigan and Wisconsin 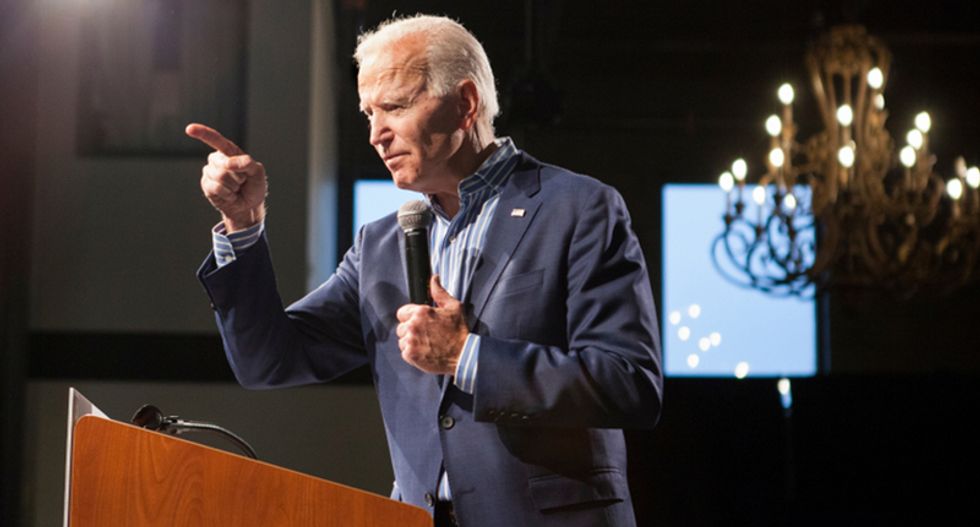 On Wednesday, November 4 — the day after the 2020 presidential election — the Associated Press reported that former Vice President Joe Biden flipped two of the midwestern Rust Belt states that President Donald Trump had won in 2016: Michigan and Wisconsin. Journalist Tim Alberta, in an article published in Politico around 9:30 p.m. Wednesday night, analyzes Biden's victories in those states.

In 2016, Trump won Ohio — a Rust Belt state that went to President Barack Obama in 2008 and 2012 — and Trump won it again in 2020. Trump's victory in Ohio wasn't terribly surprising: of all the Rust Belt states, Ohio is the heaviest lift for Democrats. But the fact that Biden won Michigan and Wisconsin was much bigger news. Those were two states that had been going Democratic in presidential elections before 2016, and Trump's win in Michigan and Wisconsin as well as in Pennsylvania four years ago was a political shocker.

On Wednesday night and early Thursday morning, the vote counting continued in Pennsylvania. Trump still had a lead over Biden, but it had dwindled to 2% — and pundits were noting that many votes remained uncounted in heavily Democratic Philadelphia.

Alberta noted, "With nearly a million ballots still outstanding—the lion's share of them coming from dark blue precincts in Philadelphia and elsewhere — Trump's lead is expected to shrivel over the coming 24 hours and then disappear completely. How much Biden ultimately might win by is unclear. But it may not be by much more than Trump's victorious margin four years ago of 44,292 votes."

The Politico journalist offers three reasons why Biden flipped Michigan and Wisconsin: (1) "Biden kept Trump from running up the score with working-class whites," (2), "Biden peeled away Trump's support in conservative suburbs," and (3) "Biden got Black voters to turn out in big numbers."

"The blue-collar suburbs of Detroit figured to test the president's theory of how he could grow his vote in 2020," Albert explains. "Fully expecting losses among college-educated voters in upscale areas, Trump's team was determined to drive up bigger margins in the middle-class communities like those in Macomb County. Home to the fabled 'Reagan Democrats' of the 1980s, Macomb has drifted steadily rightward over the past three presidential elections. Democrats carried it by nearly 9 points in 2008 and by 4 points in 2012, only to watch Trump dominate the county with a 12-point win in 2016."

Alberta adds, "There was real reason for optimism, among Republicans in southeast Michigan, that Trump could add another 3 or 4 points to that spread, padding his margins in friendly territory. Instead — once again — the opposite happened. Trump won Macomb County by 8 points, losing 4 points off his 2016 total."

Discussing Reason #2, Alberta notes Biden's performance in three suburban counties outside Milwaukee: Waukesha, Ozaukee and Washington. Biden's performance in those counties, according to Alberta, offers "a picture of suburban Milwaukee" and "a wider snapshot of wealthy white suburbs across the Midwest — they are the difference between a President Trump and a President Biden."

All summer and into the fall, countless pundits noted that Biden would need a heavy Black turnout in the Rust Belt if he wanted to flip Michigan, Wisconsin or Pennsylvania — and Black voters, Alberta emphasizes, were an important part of Biden's Michigan and Wisconsin victories.

"Some things in politics are pretty straightforward," Alberta explains. "This is one of those things: Clinton lost to Trump because she did not mobilize Black voters."

Alberta cites Milwaukee and Detroit as two major cities where Black voters were crucial for Biden. And if Biden wins Pennsylvania, Black voters in Philadelphia will be an important part of that. Philly is largely Democratic — the city hasn't had a Republican mayor since the early 1950s — and the city's population, according to the U.S. Census, is 43% Black. Three of Philly's Democratic mayors have been Black: Wilson Goode, John Street and Michael Nutter.

According to Alberta, "While there's still a ways to go in the counting, it appears Biden will blow past both the Obama 2012 and Clinton 2016 numbers in Philadelphia County: He has already banked 458,000 votes, and with hundreds of thousands of votes from the area still outstanding, he figures to get well into the 600,000-vote range."