Here's where the election stands in 4 key battleground states 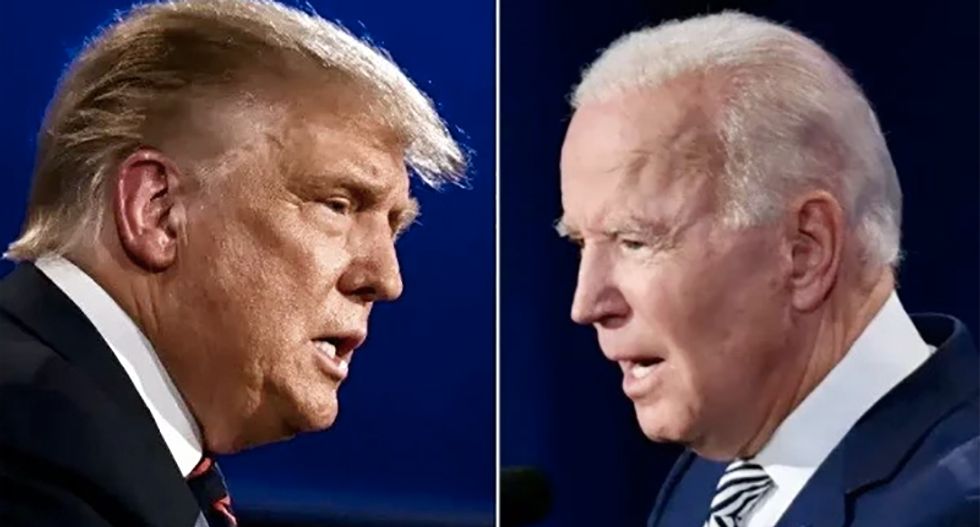 President Donald Trump had reason for optimism after winning Florida, Ohio and Iowa on Election Night, but on November 4, the day after the election, the Associated Press reported that former Vice President Joe Biden had flipped Wisconsin and Michigan — two of the Rust Belt states that Trump won in 2016. On Thursday morning, November 5, the vote counting continues in a handful of states. And CNN is analyzing where things stand in Pennsylvania, Georgia, Nevada and Arizona of Thursday morning at 8 a.m.

If Biden carries Pennsylvania's 20 electoral votes, he will win the election. Trump was way ahead in the vote count in the Keystone State on Election Night, but on November 4, CNN and MSNBC were reporting that his lead in Pennsylvania had dwindled to 2%.

According to CNN's Pennsylvania reporting on Thursday morning, "The state as a whole has about 750,000 mail-in ballots to be counted, according to the secretary of state's website, though this figure has not been updated recently. Allegheny County, which includes Pittsburgh, has finished tabulating mail-in and absentee ballots. Officials say the county will resume tabulating several precincts' worth of in-person votes later this morning."

Thursday morning on MSNBC's "Morning Joe," conservative host Joe Scarborough (a former GOP congressman) noted how heavily Democratic Philadelphia is and said of the Keystone State's vote count, "It looks like Joe Biden is going to catch up in Pennsylvania."

Fox News and the Associated Press both called Arizona for Biden on Election Night. But the day after the election, other media outlets were reporting that Trump still had a chance to catch up to Biden in Arizona's vote count.

CNN reports that in Arizona, "Joe Biden holds about a 69,000-vote lead in CNN's count. Maricopa, the biggest county in Arizona, has released the second of two sets of new votes promised Wednesday night — shrinking the Biden lead there by just over 10,000 votes. Early this morning, the county tweeted that 275,000 remain and that its next update will come at 9 p.m. ET. Meanwhile, the next biggest share of votes come from blue-leaning Pima County. The state's website said 46,000 votes remained to be counted in Pima as of last night."

Biden was ahead in Arizona's neighbor, Nevada, on Thursday morning, but not by much.

CNN reports, "Biden holds a slim 8000-vote lead. Clark County — home to Las Vegas — has, by far, the largest share of votes in Nevada. After a full day of silence from Clark county and the state overall, all eyes will be on Clark when it updates at 12 noon ET."

Nevada is the only one of the four states that Democratic presidential nominee Hillary Clinton won in 2016.

Georgia, historically, has been a red state. But according to CNN, Georgia was still in play for Biden on Thursday morning — although Trump was ahead in the vote count.

CNN says of Georgia, "Fulton County, in the Atlanta area, just added 8300 ballots to its tally, further cutting into Trump's lead in the state. Georgia's largest county still has about 7564 ballots left to count, Fulton County's Regina Walker said just after 5 a.m. ET. But remember: Georgia could be the next target for President Trump to request a recount. CNN reported a source familiar with the matter says that if Georgia is close, 'of course' the Trump camp will ask for a recount if he loses."