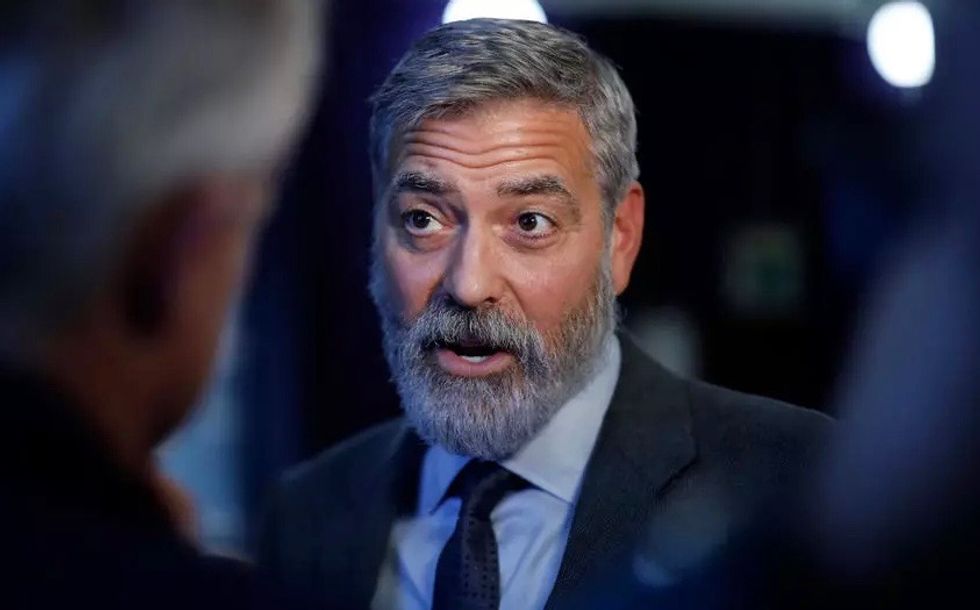 Hungary accused Hollywood star George Clooney of "limited" knowledge of politics Tuesday after the actor cited Prime Minister Viktor Orban as an example of "hate and anger" in the world.

"We like George Clooney as an actor... (but his) knowledge of history and politics seems to be somewhat limited," said Foreign Minister Peter Szijjarto on his official Facebook page.

Earlier, government officials accused Clooney of being a puppet of US billionaire George Soros, a bete-noire of Orban's due to the financier's alleged pro-immigration lobbying.

"Soros uses every opportunity to attack the Hungarian government. It is rather frustrating that there are actors, even non-political actors, who carry out such political intent for Soros," said Ors Farkas, a government spokesman.

The spat was sparked by a video interview Clooney gave to GQ magazine last week, in which he spoke about his newest film, The Midnight Sky. He cited Orban and Hungary as a current example of "hate and anger".

"We weren't in the middle of a pandemic when (the film shooting) happened, but there were still all these other elements, these elements of how much hate and anger all of us are experiencing at this moment of history, all over the world - go to Bolsonaro in Brazil, or Orban in Hungary, look around, lots of anger and hate," he said.

Responding to the Hungarian government criticism Clooney told the 24.hu news site Tuesday that he "only met George Soros once, at a UN meeting on the refugee crisis, which was also attended by the US President".

"I also met his son Alex once, at an event in Davos,... so the Orban propaganda machine is lying, period," said Clooney.

"I do not expect this answer to appear on most Hungarian news sites because they are owned and operated by the Orban regime or its close allies, but my voice will still be heard," he added.

Orban, whose hardline anti-immigration policies have led to regular clashes with the EU over allegations of democratic backsliding, has often accused critics of links to Soros.

The row with Clooney mirrors fierce criticism by Budapest of a comment made by US President-elect Joe Biden during his election campaign.

"You see what's happened in everything from Belarus to Poland to Hungary, and the rise of totalitarian regimes in the world," said Biden.

During the campaign, pro-government media in Hungary portrayed Biden as a Communist and a Marxist linked to Soros, while Orban endorsed President Trump for reelection.