'It is called counting': Trump's cries about 'finding Biden votes all over the place' hilariously backfire 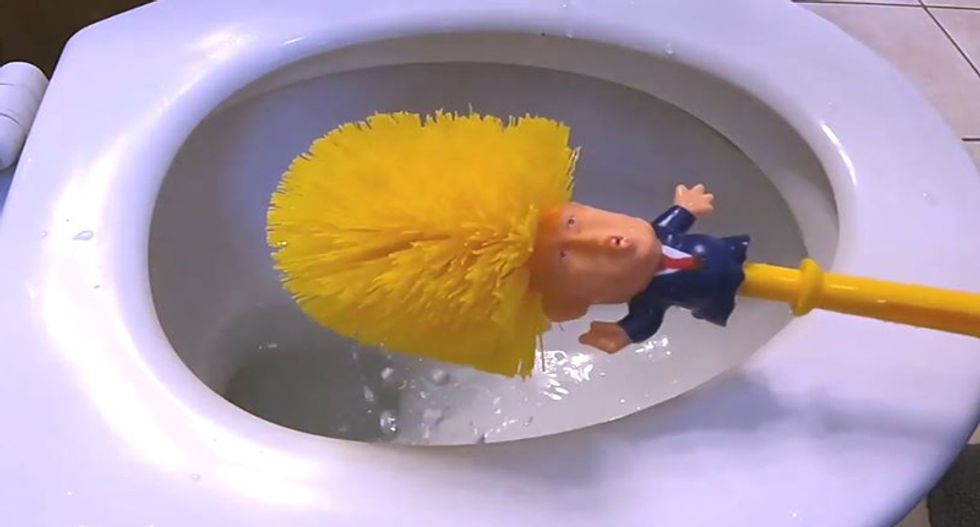 President Donald J. Trump tweeted Wednesday morning that "they are finding Biden votes all over the place -- in Pennsylvania, Wisconsin, and Michigan. So bad for our country!"

He's wrong. Americans live in a democracy -- and all votes are expected to be legally counted in an election.

As the sun rises across the nation and more votes are being found for Democratic candidate Joe Biden over the incumbent president, the reactions are pouring in against the voter intimidation rhetoric being spewed by the president of the United States.

They are finding Biden votes all over the place — in Pennsylvania, Wisconsin, and Michigan. So bad for our Country!
— Donald J. Trump (@Donald J. Trump)1604508931.0

@realDonaldTrump I love seeing TRUMP lose, it's my daily medicine, my weekly energy, my monthly inspiration and my… https://t.co/ImsCUXlh3a
— Christian 🎄 (@Christian 🎄)1604510891.0

@realDonaldTrump "Finding" These are absentee and mail-in ballots that were legitimately cast and are now being co… https://t.co/8pZjseMacz
— David Madera (@David Madera)1604510259.0

@realDonaldTrump Yes they are counting the votes. That’s how it works here in the USA
— Joe Lockhart (@Joe Lockhart)1604511893.0