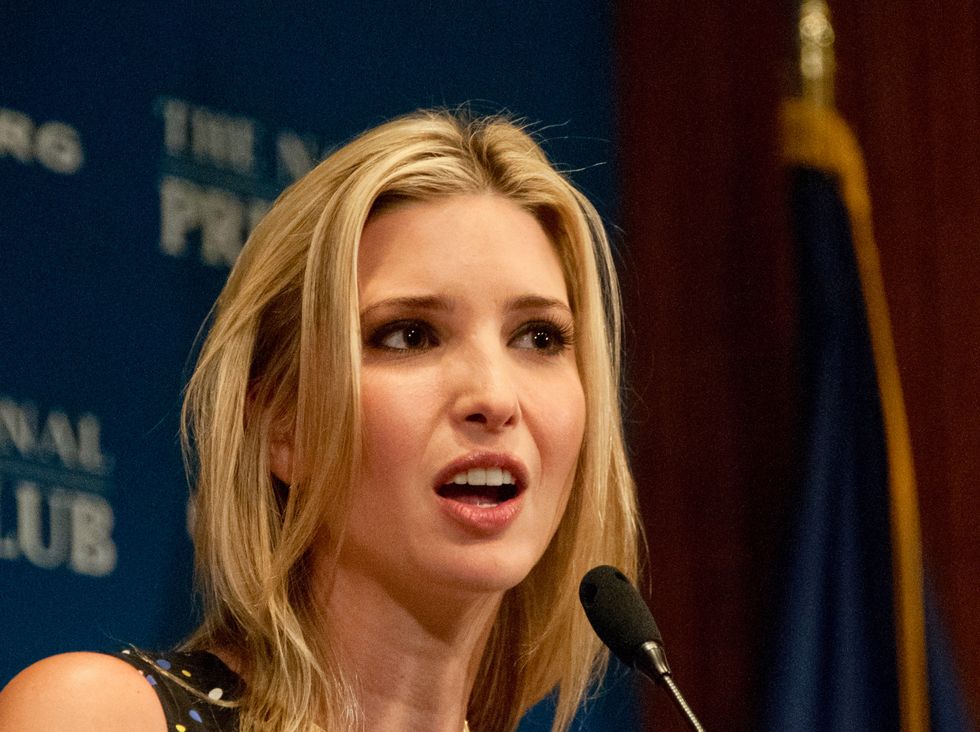 With her father, President Donald Trump, having been voted out of office and the inauguration of President-elect Joe Biden less than two months away, Ivanka Trump's days as White House senior adviser are coming to an end. Journalist Bess Levin discusses Ivanka Trump's post-White House future in her Vanity Fair column, arguing that the president's daughter is finding herself in "extremely frantic damage control mode."

Levin explains, "When Ivanka Trump and Jared Kushner first took jobs in the White House in 2017, they presumably assumed that eight years later, they'd return to New York and be crowned the king and queen not just of an exclusive social set but the city — nay, the entire globe. Vogue would put them on the cover of the September issue. Billionaires would beg them to sit on the boards of their companies to lend an air of credibility…. Instead, they're being unceremoniously booted out of the place after just four years, with significantly worse reputations than when they started."

President Trump's one term in office, according to Levin, has done nothing to help either his daughter's reputation or the reputation of her husband, Kushner, who is also a White House senior adviser.

"To be clear," Levin writes, "no one was falling all over themselves to get an audience with the couple before Donald Trump was inaugurated. But they weren't reviled among the people whose opinions they presumably once and probably do still care about, with just a narrow portion of Manhattan reportedly looking forward to their return and an open invitation from Staten Island to take the ferry out and put down roots."

Levin notes that "a former friend of" Ivanka Trump and Kushner told her Vanity Fair colleague, Emily Jane Fox, "Everyone with self-respect, a career, morals, respect for democracy — or who doesn't want their friends to shame them both in private and public — will steer clear."

Levin's response: Ivanka Trump's tweet "might sound impressive were it not for the fact that there's a reason greenhouse gasses are down, and it's that her father and husband royally screwed up the country's pandemic response — leading to the deaths of 250,000 Americans and a situation wherein no one can go anywhere."

Levin also notes that Ivanka Trump has been bragging about the stock market on Twitter, which Levin finds ironic in light of President Trump's prediction that the stock market would crash if Biden won the election.

"The reason the Dow is up is that investors appear to be relieved Biden is going to be president," Levin writes. "Anyway, despite Ivanka's efforts at image-rehab, it seems the couple has read the writing on the wall, and seemingly plans to spend less time in their old city than they did prior to 2017."