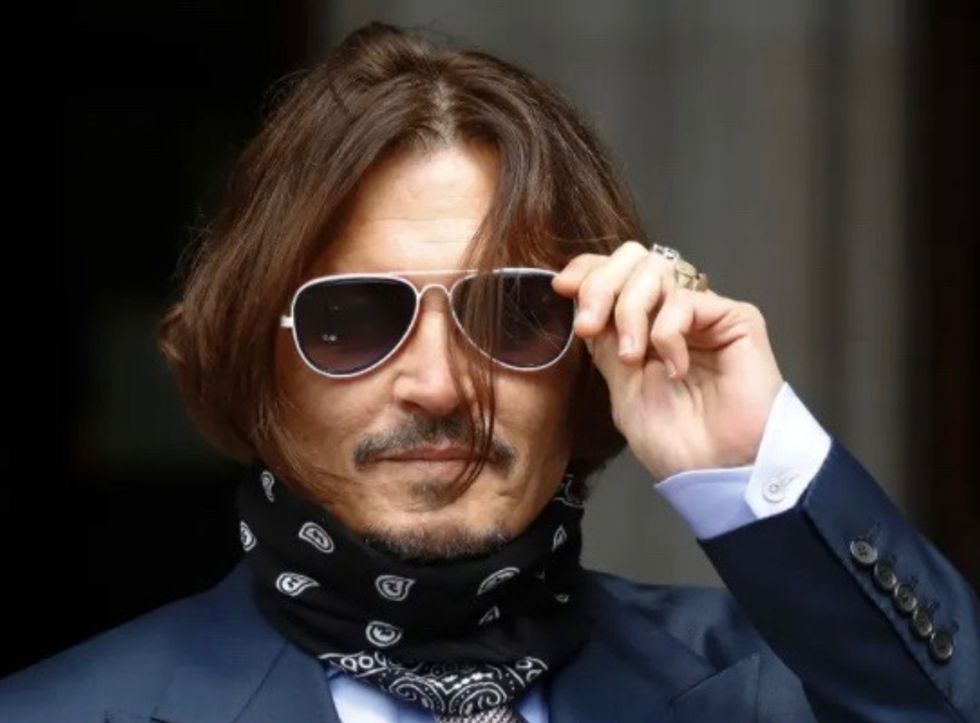 Hollywood star Johnny Depp on Monday lost a libel lawsuit against British newspaper The Sun for branding him a "wife-beater" in a case that laid bare his chaotic lifestyle and shattered his global reputation.

Judge Andrew Nicol dismissed the 57-year-old's claim at the High Court in London, saying the article had been proven to be "substantially true".

"Although he has proved the necessary elements of his cause of action in libel, the defendants (News Group Newspapers Ltd) have shown that what they published in the meaning which I have held the words to bear was substantially true," he added.

The Sun welcomed the ruling, saying it had "stood up and campaigned for the victims of domestic abuse for over 20 years".

"Domestic abuse victims must never be silenced and we thank the judge for his careful consideration and thank Amber Heard for her courage in giving evidence to the court," it added.

The "Pirates of the Caribbean" actor sued NGN and the author of the article over claims he was violent to Heard during their volatile two-year marriage.

The case was dubbed "the biggest English libel trial of the 21st century" and the legal odds had appeared to be stacked in Depp's favor.

England's ancient defamation law puts the burden of proof on the media and remains one of the strictest in the Western world.

NGN relied on the defense of truth, arguing it had a valid basis for the 2018 story by detailing 14 alleged instances of Depp abusing Heard.

But Depp brought the action because he said The Sun's allegations had done a "disservice" to the #MeToo movement it was trying to support, his lawyer David Sherborne said.

His client was "cited in the same breath as disgraced film mogul Harvey Weinstein", he added. "That is why he has come here -- to clear his name."

Heard said she stood by her testimony and put her faith in British justice, even though she had not instigated proceedings.

Legal experts considered Depp had no choice but to sue, as in the current era, accusations of domestic violence would do more damage to his career than details of his substance abuse.

The 16 days of proceedings in July, which both parties attended, exposed the couple's troubled relationship in excruciatingly minute detail.

Depp released a graphic photo showing a severed fingertip that he claimed Heard caused by throwing a vodka bottle at him during a violent row.

Heard, a 34-year-old model and actress, claimed Depp injured his fingertip, which was later reattached, when he smashed a telephone into the wall during the argument.

Depp admitted writing a message to Heard on the wall and floor with flowing blood, and then dipping his finger into a can of paint to continue writing when the bleeding stopped.

Another episode involved feces found in the couple's marital bed, which Depp said was left there as a sick joke by either Heard or one of her friends.

Depp admitted laughing about it when a friend texted him photos of the feces with the inscription "Amber Turd".

But despite Heard blaming the incident on the couple's pet dog, Depp said he knew then that his marriage was effectively finished.

The judge also forced Depp to face days of withering cross-examination in which the star admitted to only hazily remembering some events because he was high on drugs.

Depp vehemently rejected accusations he hurt Heard while battling a drug addiction over a three-year span that ended with her 2016 decision to get a restraining order and file for divorce.

He and his legal team branded Heard a manipulative fantasist who made up the allegations for money and personal fame to destroy his life.

Heard, for her part, said she loved the sober Depp but he became a "monster" after days-long binges on powerful prescription and other drugs.