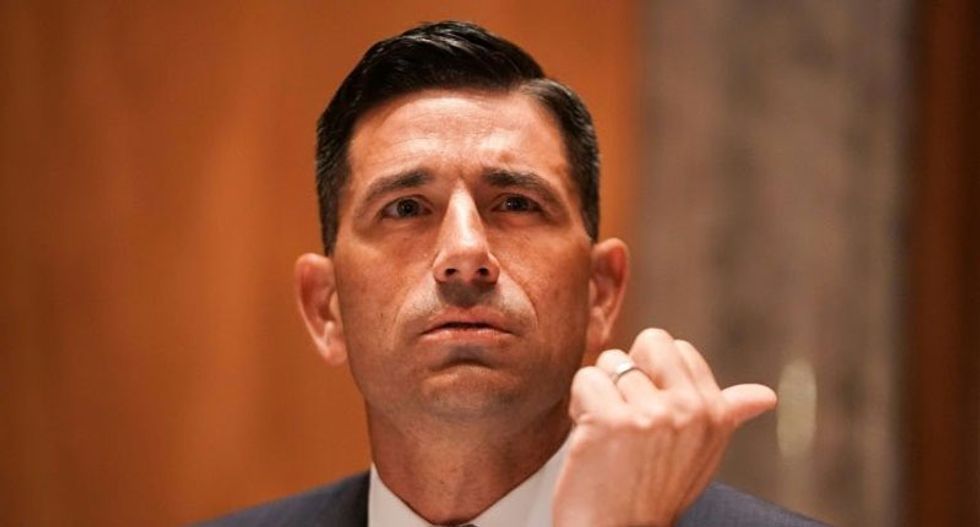 A judge on Saturday rejected the White House's limitations on a program protecting 700,000 so-called "Dreamers," undocumented migrants brought to the United States as children.

The federal judge in New York ruled that President Donald Trump's acting Homeland Security Secretary Chad Wolf was not lawfully serving in his role when he issued the new rules for the DACA program in July.

The ruling is another victory for proponents of the Barack Obama-era program after the US Supreme Court in June rejected Trump's cancellation of it.

President-elect Joe Biden, who defeated Trump in the November 3 polls, had pledged to reinstate the program when he takes office on January 20.

Wolf, who has not been confirmed in his role by the US Senate, issued new restrictions on the program in response to the Supreme Court ruling.

Saturday's court decision said his restrictions "effectively suspended" DACA, or Deferred Action for Childhood Arrivals, while the Trump administration reviewed how to proceed.

Wolf's rules said new applications would not be accepted and renewals would be limited to one year instead of two.

Judge Nicholas Garaufis said the correct order of succession had not been followed for the acting secretary appointment.

It was not the first time Wolf has seen the legality of his appointment as acting secretary in 2019 drawn into question.

Trump entered office promising to halt almost all immigration and to expel the more than 10 million people estimated living in the country, many for decades, without legal immigration documents.

The Obama administration sought to address the issue in 2012, with the DACA policy offering protection at renewable two-year periods, including authorization to work, to people brought into the United States illegally as children and then growing up here.

DACA, and the subsequent DAPA program -- Deferred Action for Parents of Americans and Lawful Permanent Residents -- were executive actions by Obama to eliminate the constant threat of deportation for more than four million undocumented migrants.

Trump canceled DAPA just after coming to office and then went after the more established DACA, but immediately faced a series of court battles over it.