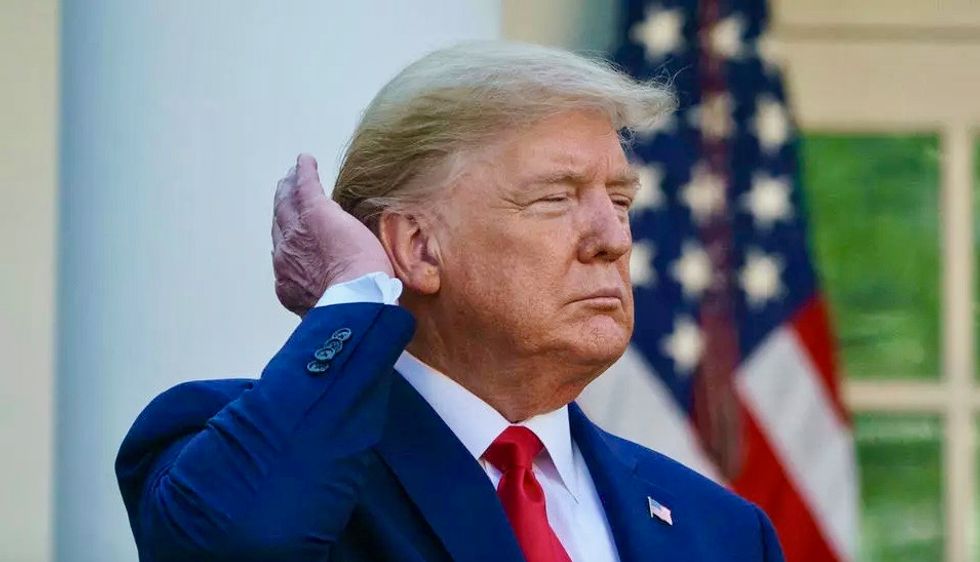 In the event that President Donald Trump loses in the upcoming election but refuses to give up power, some American unions are contemplating a general strike — meaning a major strike in which a significant percentage of workers from every sector of the economy withhold their labor.

Many analysts, psychologists, the president's advisers and even the president himself have suggested that he will not accept the results if he loses, which could trigger a larger political crisis or unrest for those who want to force him out. Back in 2016, Trump infamously refused to accept the legitimacy of the election results if he did not win.

Historically, mass strikes have been effective means of forcing political outcomes; such labor actions can effectively shut down all economic activity, crippling business and factory owners who rely on their workers' labor in order to profit across all sectors.

"Democracies are not, in the last analysis, protected by judges or lawyers, reporters or publishers," the executive council of the American Federation of Labor and Congress of Industrial Organizations (AFL-CIO), the largest federation of unions in the United States, declared in a resolution approved earlier this month. "The survival of democracy depends on the determination of working people to defend it. And America's labor movement is indeed determined to defend our democratic republic."

They added, "We are determined that the next president of the United States will be the person who is the choice of the people of these United States through the process our Constitution and laws provide."

That message was reinforced on Oct. 22 in a phone call by AFL-CIO President Richard Trumka with various union leaders, according to The Guardian. During that call, Trumka reportedly explained that until the election on Nov. 3 labor leaders should focus on maximizing turnout for Trump's opponent, former Vice President Joe Biden. If Trump loses and resists a peaceful transition, Trumka added, the AFL-CIO should then consider its options in terms of how unions can compel him to leave office.

"We believe democracy is stronger than Trump," Michael Podhorzer, a senior adviser to Trumka, told The Guardian. "We are not looking for a fight. We want the election results to be respected. We're getting ready if they're not respected because of what he said. We believe this is a country where what voters say matters." He also added that for the time being "a general strike is a slogan, not a strategy."

It is a slogan that many American unions are starting to embrace, however. Local labor federations in Rochester, Seattle and western Massachusetts have already approved resolutions saying that they should consider a general strike if Trump steals the election or loses but refuses to step down.

So what exactly would a general strike look like? Such a thing has not happened in the United States in a very long time.

Speaking to Salon in April, labor activist Steve Early said there has never been a nationwide and comprehensive general strike in the United States, but noted that there were smaller general strikes — or at least work stoppages comparable to general strikes — in Seattle in 1919, San Francisco and Minneapolis in 1934 and Oakland in 1946.

"There are no cons—just a lot of formidable obstacles to making this happen, such as too many unions telling their members they can't participate because they are covered by binding contractual no-strike clauses and general strike participation would expose their unions to damage suits by employers," Early said.

Unfortunately, general strikes have often been crushed by law enforcement. For instance, the 1919 Seattle General Strike — which was prompted by Seattle businesses refusing to increase workers' wages despite wages being kept down during World War I — ended with police officers and vigilantes rounding up the labor leaders responsible behind it. General strikes can also lead to violence, such as when police in Greece clashed with strikers in 2012 when Greek workers protested austerity measures.

While there has never been a nationwide general strike in the United States, Trump refusing to accept the results of an election defeat could be the catalyst to set a new precedent. The president has repeatedly stated that he may not accept the election results unless he is declared the winner, a prospect that has alarmed many constitutional scholars.

"History teaches that would-be dictators should be taken at their word when they declare an intent to remain in power regardless of election results," Harvard Law professor Laurence Tribe told Salon by email last year. "That's a strong reason for patriotic citizens of all political persuasions to work toward an electoral landslide that would minimize Trump's opportunity to cling to power. But nothing could reduce the probability of that abnormal behavior on Trump's part to zero. If Trump refuses to leave, even judges appointed by him could well align with the legitimate winner's predictable request for an emergency injunction to pry him from his lair in the White House."

He added, "If Trump defies judicial orders to give up power — including the nuclear codes — there could well be a military coup, backed by tens of millions of citizens taking to the streets, leading to Trump's forcible ouster. Failing that, there might be a massive popular uprising, backed by Fox along with the other cable networks and social media platforms, that could well erupt in terrible bloodshed. However, one defines a 'constitutional crisis' — a much-overused term — Trump's refusal to abide by the electoral outcome would certainly qualify as such a crisis."