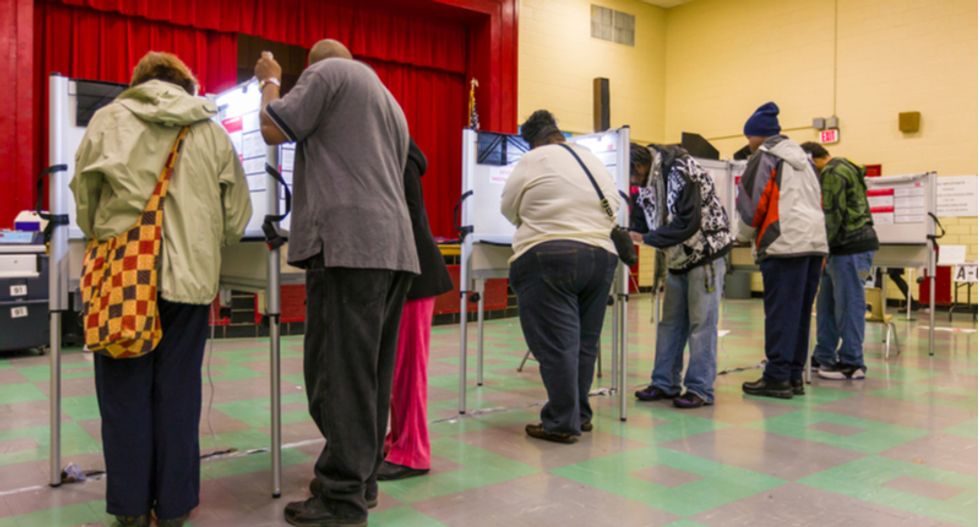 An Alabama poll monitor says she was detained by police and told to leave a polling station and not to visit any others under threat of arrest, the Alabama Political Reporter reports.

Southern Poverty Law Center and outreach paralegal Vivianna Rodriguez was on the phone with attorneys from the SPLC and NAACP when her supervisor tried to take her phone from her hand.

“I think it’s also another example of something we’ve seen in the past few years, which is, the election official was white. Viviana is a person of color, and it’s an example of what I would say are white people weaponizing the police when absolutely no crime has been committed,” SPLC attorney Brooke Boone said.

Rodriguez says he had already visited two other polling stations before the incident, checking to see if the locations were wheelchair accessible, if social distancing was being observed, and how long the lines were.

After she took a photo of the wheelchair ramp at the middle school where the incident took place, she was told she was not allowed to be there if she didn’t have documents proving she was a poll watcher for either the Democratic or Republican parties. But according to a member of the SPLC's voting rights team, non-partisan poll monitors "are not prohibited from entering a polling site, but they cannot stay and observe inside. Sometimes our monitors will go in briefly to introduce themselves as a courtesy."

When Rodriguez left, she was soon pulled over by a sheriff's deputy.

“I asked the deputy why I was being detained, and he said that it was because I was disturbing the peace and that I was blocking voters from voting, neither of which were true,” Rodriguez said.

When Autauga County Sheriff’s Office Patrol Captain Tom Allen arrived on the scene, he told her to step out of the truck, and the attorneys she was speaking to on the phone told her to comply. When Allen told her to hang up the phone, she refused. He then told her that he had received reports that she was taking photos inside the polling place and harassing people.

“I stated again to him that that was not true, that I was simply there to make sure that it was wheelchair accessible, ramps are located near the parking, and that those are the pictures that I was taking and they were taken outside of the building,” Rodriguez said. “That’s when he kept trying to reiterate that it was illegal for me to be there if I was not with the Republican Party or with the Democratic Party.”

When one of the attorneys tried to interject and explain Rodriguez's role, the deputy allegedly tried to grab her phone.

“He tried to grab my phone and because I reacted so quickly, the motion of me retracting my phone towards my chest is what made him slap my hand,” Rodriguez said.

Read the full report over at The Alabama Political Reporter.