Lou Dobbs escalates his rhetoric against the ‘corrupt’ Justice Department: ‘This is a war’ 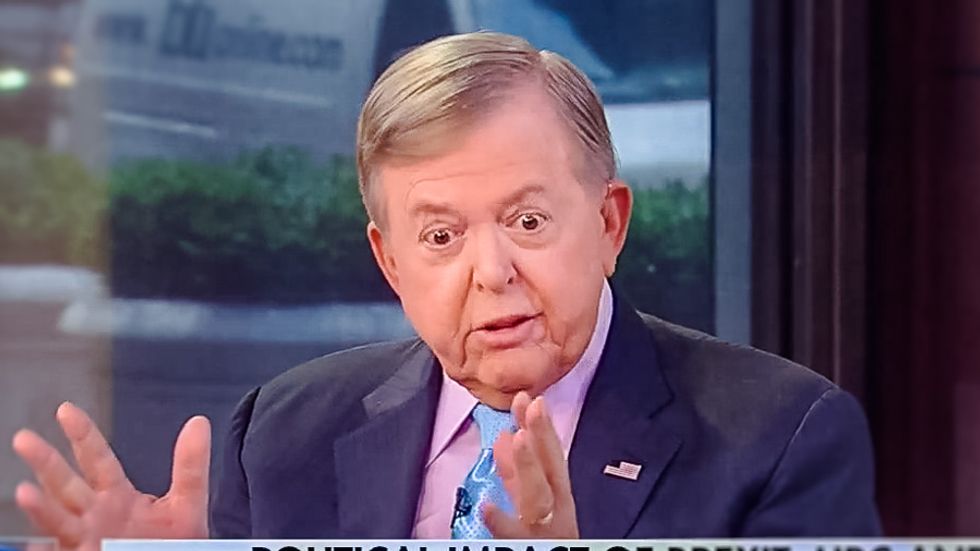 In a Fox Business segment Monday, conservative host Lou Dobbs blasted the Justice Department -- and basically everything else except President Donald J. Trump.

"You and I both know the word 'game' is frequently used -- and I'm not in any way criticizing you for using it -- but this is far more than a game. This is a war, this is a battle for the control of our government and for the future of this nation," Dobbs said. "I think it is nothing less and I think that everyone in the Republican party needs to understand that this president is the leader, it is his presidency at stake the next four years for this nation, but it is truly the nation at stake."

Dobbs continued, "If we let stand -- if this corrupt Justice Department leadership, this corrupt FBI leadership, and for all I know, the entire counterintelligence and spy agencies are corrupt as well because their leaders certainly were under [former President Barack Obama] and they persisted without a single whistleblower stepping forward."