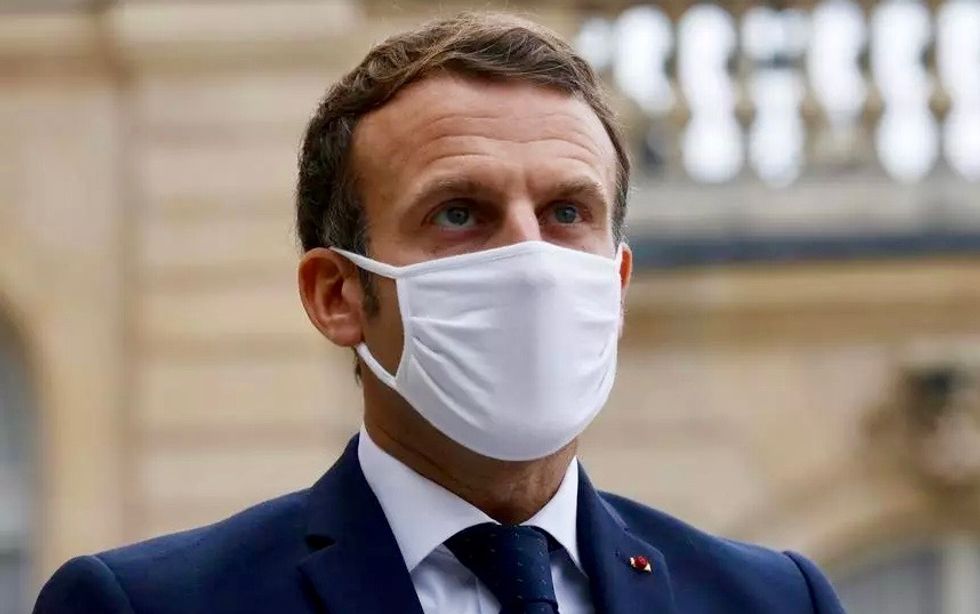 French President Macron, who is set to meet US Secretary of State Pompeo on Monday, has vowed that the talks will be held in 'full transparency' with US President-elect Biden's team. © Ludovic Marin, AFP / File picture

France’s Emmanuel Macron will be forced to walk a diplomatic tightrope on Monday when he hosts US Secretary of State Mike Pompeo, a staunch defender of President Donald Trump, while the French president simultaneously seeks to build relations with President-elect Joe Biden.

Pompeo arrived in Paris Saturday at the start of a seven-nation trip to US allies.

America’s top diplomat has been criticized for backing the president as he digs in over his unsubstantiated claims of election fraud.

“There will be a smooth transition to a second Trump administration,” a defiant Pompeo told reporters moments after announcing his trip last week.

World leaders, however, have shown no doubt about whom they see as the victor, with Macron one of the first to congratulate Biden and speak with him by telephone.

Pompeo has been critical of such overtures to Biden, telling Fox News that such calls to Biden were not objectionable if it was “just saying ‘hi’.”

“But make no mistake about it, we have one president, one secretary of state, one national security team at a time,” he said.

French presidential aides emphasized that it was Pompeo who sought the meeting with Macron and that it was granted “in full transparency with President-elect Joe Biden’s team.”

In a sign of the unease generated by his visit, no press conferences are planned after his meeting with Macron and a separate meeting with Pompeo’s French counterpart Jean-Yves Le Drian.

A senior State Department official, asked whether Pompeo would insist to allies that Trump will remain in power, said that the former CIA director has a “broad strategy” in pursuit of US interests and that “he remains the secretary of state”.

In contrast to some other EU leaders, Macron sought from the outset to win over Trump, making him the guest of honor at Bastille Day celebrations in Paris in 2017 -- a trip that included a dinner with their spouses on the second floor of the Eiffel Tower.

But analysts say that the French leader has little to show for his efforts, with Trump pulling the US out of the landmark 2015 Paris climate accord and the two leaders also locking horns on Iran, trade and taxing digital giants.

“The strong relationship between our countries cannot be overestimated, and I’m looking forward to my discussions here in Paris,” Pompeo tweeted soon after his arrival on Saturday.

But there is ample scope for friction.

Le Drian said Friday that he would raise the concerns of France—which has been hit by a number of jihadist attacks—over Trump’s plans to speed up the withdrawal of US troops from Iraq and Afghanistan.

“We don’t think that should happen,” Le Drian said in a television interview.

EU leaders are also still trying to save a hard-won international deal to curb Iran’s nuclear ambitions, which Trump ripped up early in his term.

A senior Trump administration official told the press that Washington’s policy of “maximum pressure” on historic foe Iran was “not going to stop in the coming months.”

Pompeo, whose visit has the hallmarks of a farewell tour that dare not speak its name, had no official engagements in Paris over the weekend, which he spent with his wife Susan.

On Monday morning, he will commemorate the victims of recent terror attacks in France, including teacher Samuel Paty who was decapitated over cartoons of the Prophet Mohammed and three people who were stabbed to death in a church in Nice.

From Paris he heads to Istanbul, where his planned trip has already caused friction.

Pompeo’s only announced meeting is with Bartholomew I of Constantinople—the spiritual leader of the Greek Orthodox world—to discuss religious freedom, a key topic for the evangelical Christian Pompeo.

In Jerusalem, Pompeo will see Israeli Prime Minister Benjamin Netanyahu, who is a close partner of Trump but who has also congratulated Biden.

According to Israeli newspaper Haaretz and news site Axios, Pompeo will become the first secretary of state to visit one of Israel’s settlements in the occupied Palestinian territories, which are considered illegal by virtually all other countries, and also tour the Golan Heights, whose annexation by Israel was recognised by Trump.