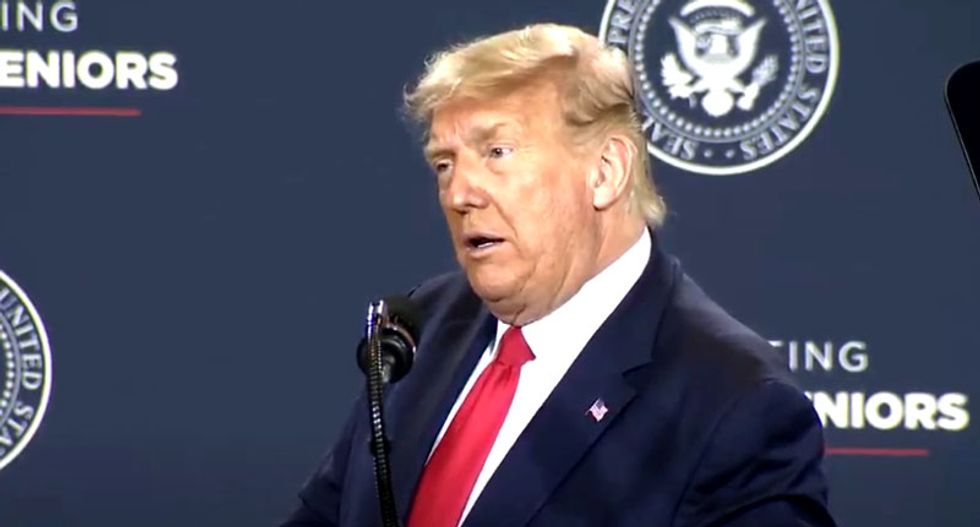 What you saw on Election Night from Trump and his entire "cast" was a performance, an event orchestrated to send a message to you and to Trump, himself, regarding his greatness and his singular importance.

What happens during charades like this is that Trump, just like a child playing "let's pretend," actually believes that he is truly the great and important man that the audience and the presidential setting imply.

Even though Trump likely wrote the entire script and cast the actors in their respective parts, he lives it out as if it were real. For these moments as the undisputed center of attention, he is finally the adored one...a feeling he never had as an infant or young child. He expresses his unconscious, archaic grievances against the inattentive mother and indifferent father of his childhood, tonight played by the Americans who didn't vote for him, but this time he has a rapt audience applauding his anger and outrage and expressing its undying affection and support.

This is a grand enactment of something Trump longed for but never had at the developmentally appropriate ages. So now, when he has the chance, he expresses the delusional and paranoid belief that Joe Biden, who is getting the attention that Trump "deserves," is stealing the election from him. How can it be that more people want Joe than want him? That is shatteringly inconceivable to Trump so he calls it a hoax, a fraud, a theft, a rigged election, and by golly he'll get his followers to agree and then he'll get the courts to agree. A power greater than Joe Biden will restore Trump to his rightful place as the undisputed center of attention which he desperately needs to believe he is.

Sadly for us and for him we are watching a delusional man re-enact a longed-for scenario from his achingly lonely childhood and we are observing the people in the present moment who are enabling this charade by playing the parts he demands that they play.

How much of this compensatory scenario will Americans agree to co-enact if it means we have to neglect our own life and death concerns such as Covid and the climate crisis? How can we allow ourselves to be bullied into abandoning our own health and safety so that one man gets to finally feel important?

And by the way, Trump's unconscious, deep well of need will never be fulfilled no matter how his followers adore him and sacrifice themselves. He leaves them stranded in the cold, waiting for buses, because he doesn't care anything about them except that they provide him with the momentary attention and approbation that he repeatedly needs. An actor in a play accepts the applause of his audience but never concerns himself with how they are going to get home.

On a psychological level, is Trump chronically enacting his own play and are we just his momentary, but perpetually captured audience, silently colluding by permitting the play to go on? Is it acceptable that a man like this has the nuclear codes and the power to decide the fate of all of us, perhaps even the entire planet?

If it's not acceptable, we must act. Even if Biden legally wins the presidency, we will have to contend with Trump's reaction. Will we, the people, the media, the Congress, the judiciary, continue to passively collude in his delusion that he was deprived of what was rightfully his? Or will we firmly protect our democratic institutions from abuse by an angry toddler in a suit and tie? I sense that the country is frightfully divided on this.