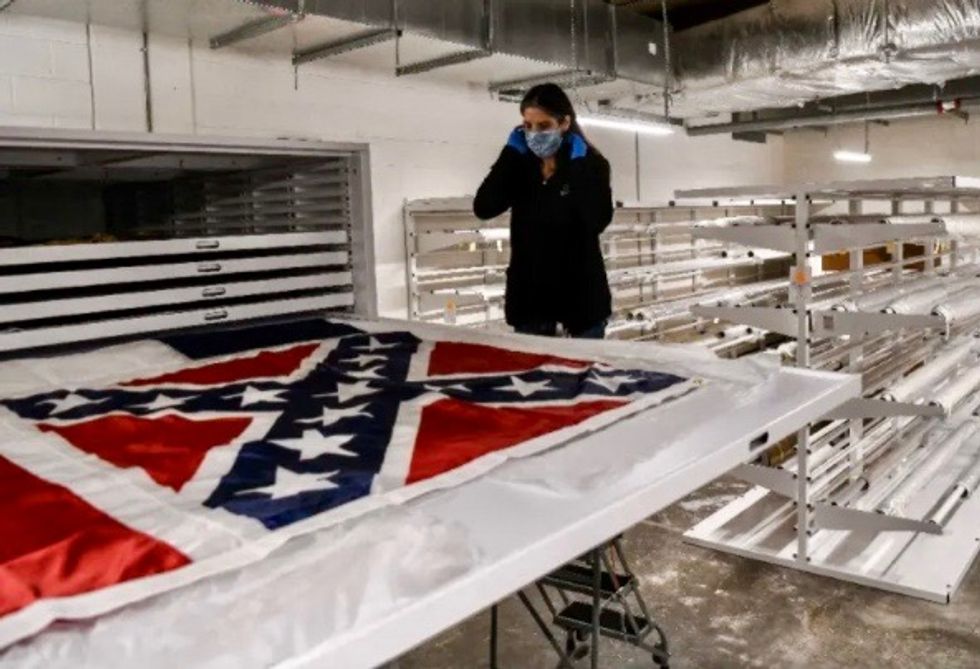 Voters in Mississippi approved on Tuesday a new state flag that will feature the magnolia flower, months after the southern state retired its old banner bearing a Confederate battle emblem.

Mississippi's flag was the last in the US to include a symbol of the Confederacy, a collection of southern states where slavery was legal and which seceded from the union in 1860.

Many African Americans believe the flag carries racist connotations, while white southerners argue it is a symbol of Southern heritage.

US media reported that Mississippi voters had backed the flag's new design, which also will carry the words "In God We Trust."

The old flag was retired over the summer, as the US exploded with the biggest protests in decades against racism and police brutality.

The ongoing movement for racial justice in the US also prompted the removal of statues of Confederate figures, either formally removed by local governments or forcibly toppled by protesters.