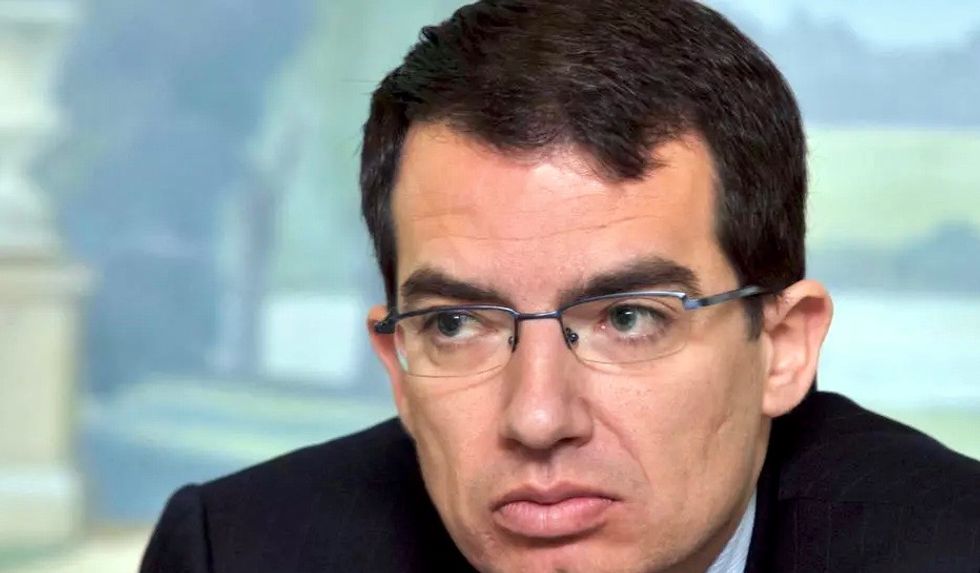 Moderna's Stephane Bancel told the Financial Times: "November 25 (2020) is the time we will have enough safety data to be able to put into an EUA file that we would send to the FDA (Food and Drug Administration)" Eric PIERMONT, - AFP/File

The CEO of US biotech company Moderna warned European countries Tuesday that dragging out negotiations to buy its promising Covid-19 vaccine will slow down deliveries, as other nations that have signed deals will get priority.

"It is clear that with a delay this is not going to limit the total amount but it is going to slow down delivery," Stephane Bancel, a 48-year-old Frenchman, said in an interview with AFP.

Moderna announced this week that its experimental vaccine is almost 95 percent effective in protecting people from the coronavirus, further boosting hopes of an end to the pandemic after Pfizer released similar findings last week about its vaccine.

In coming weeks both are expected to ask American, European and other authorities for approval to roll out their vaccines for widespread use, as the world reels from another surge in Covid-19 cases.

Around the globe the pandemic has claimed more than 1.3 million lives, and reported infections top 55 million.

The United States is the worst hit in both categories in absolute terms, as fatalities approach 250,000 and the total caseload exceeds 11 million.

Bancel said the US has already reserved 100 million doses since early August and several million doses are now in storage awaiting US regulatory approval, probably in December.

Over the summer Moderna engaged in discussions with the European Commission, the executive arm of the EU, about it buying 80 million doses of the vaccine but no contract has been signed, Bancel said from the company headquarters in Cambridge, Massachusetts.

In the meantime Moderna, which developed its product in conjunction the National Institutes of Health in the US, has signed agreements to provide the vaccine to Canada, Japan, Israel, Qatar and Britain, he said.

Bancel said there is much red tape involved in getting a vaccine approved, complicated by the EU having 27 member nations.

By contrast, it took just two weeks to cement a deal on providing the vaccine to Canada, from the time the two sides began talks to the signing of a contract.

If EU medical regulatory authorities approve the Moderna vaccine by the end of the year but no contract has been signed, the EU will not be among the first to receive it.

"The longer they wait, the longer it will take," he told AFP, adding that the price is not an issue in talks with the Europeans, and declining to comment further on the negotiations.

The European Commission, which has signed deals with Pfizer and other manufacturers, said the negotiations were highly complex.

"Are we simply concluding contracts because all of a sudden, there are some nice press reports about the status of this vaccine? That is clearly not the case," commission spokesman Stefan de Keersmaecker said Tuesday at a briefing.

The Americans on the other hand have been most eager, Bancel noted.

As early as March 2, said Bancel, he and other Big Pharma executives were sitting in the White House in a meeting with President Donald Trump.

In April the US paid $500 million to provide Moderna with the funds to carry out clinical trials.

Bancel said his company had received $2.5 billion in US government money under Operation Warp Speed -- the initiative Trump unveiled with much fanfare May 15 to work with industry to develop a vaccine to stop the pandemic.

"Operation Warp Speed has been one of the most efficient things," he told AFP.

He said Moderna began talks with several European countries in May but none provided any money up front for clinical trials.

"This was undertaken completely by the US government and it was fortunate that it did. Otherwise, we would never have been able to develop a vaccine so quickly," said Bancel.

So Americans might start getting vaccinated by the end of the year, he said.

Ten million doses should be in storage and ready to go by the end of November and by the end of the year this will go up to 20 million, the CEO said.

The goal, he said, is that once Moderna gets the green light from the FDA the company can "load up the trucks and get moving."