Virus 'out of control' among Brazil's Yanomami people 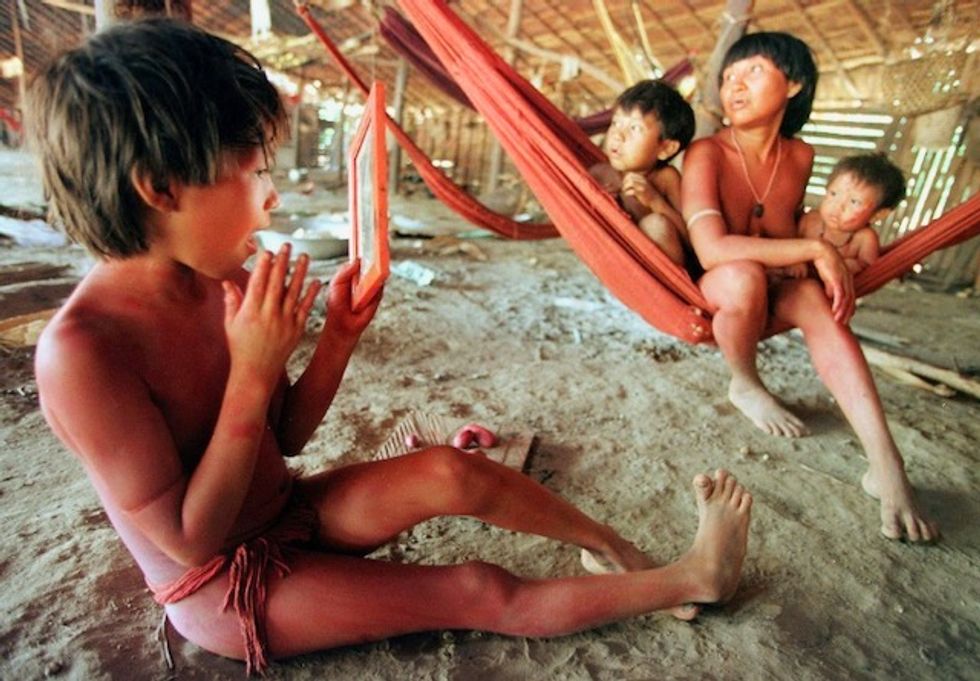 The Yanomami people live in remote areas of the Amazon AFP : POOLjpg

The spread of the new coronavirus is "completely out of control" on the Yanomami indigenous reservation in Brazil, where cases have nearly quadrupled in three months, according to a report published Thursday.

The Yanomami, like all indigenous peoples in the Amazon rainforest, have little historic exposure to outside diseases, and have a tragic history of being devastated by epidemics.

The report by a coalition of indigenous rights groups found virus cases on the reservation had surged from 335 in August to 1,202 in October, with 23 confirmed or suspected deaths.

"Social distancing is impossible in indigenous villages, so around 10,000 Yanomami and Ye'kuana may have been exposed to the new coronavirus, more than one-third of the total population" on the reservation the two groups share, the report said.

"The situation is completely out of control," it added.

The researchers' figures are higher than the official ones from the Brazilian health ministry, which reports 1,050 cases and nine deaths for the territory.

The reservation, the largest in Brazil, is home to around 27,000 people.

It registered its first coronavirus cases and death in April.

Indigenous rights groups blame illegal gold miners for bringing the disease onto the reservation, and accuse far-right President Jair Bolsonaro of failing to address the problem.

Overall, 39,647 indigenous people have been infected by the new coronavirus in the country, and 877 have died, according to the Association of Brazil's Indigenous Peoples (APIB).

Brazil has the second-highest death toll in the pandemic, after the United States, with more than 167,000 people killed.

The country is home to an estimated 800,000 indigenous people from more than 300 ethnic groups.

The Brazilian Amazon is home to at least 100 isolated tribes, more than anywhere else in the world, according to indigenous rights group Survival International.

The Yanomami, who are known for their face paint and intricate piercings, number around 27,000.

Largely isolated from the outside world until the mid-20th century, they were devastated by diseases such as measles and malaria in the 1970s.