Power-hungry Republicans do not fear Trump -- it's worse than that 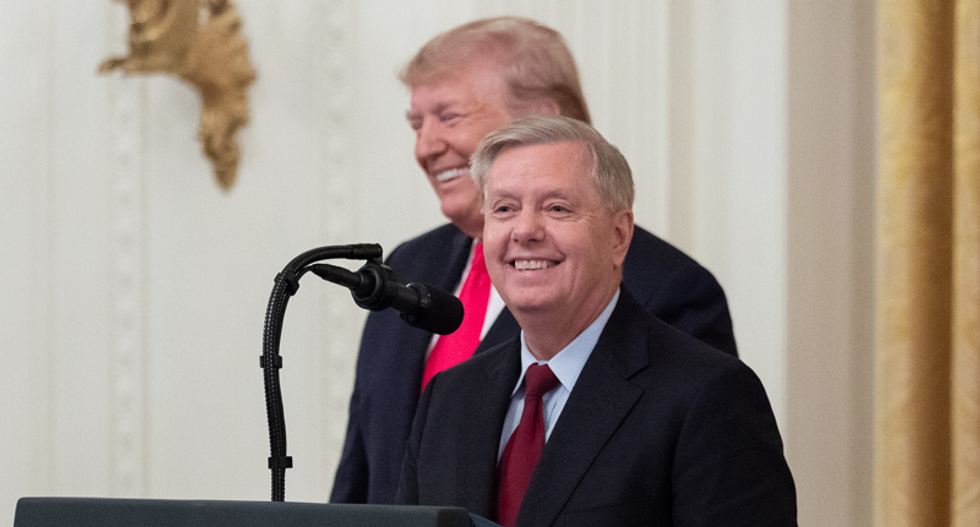 There’s a presumption at work among members of the Washington press corps that needs rethinking. That presumption is this: the Republicans, especially those in the Senate, fear the wrath of voters who have balled up their identities with the rise and fall of Donald Trump. For this reason, all the Republicans, with rare exception, stand in silence while the president prosecutes what must be called an attempted coup d’etat.

This presumption is part of a larger generational context in which political, economic and financial incentives are pursued amorally, wherever they might lead, even if they end up tearing into this or that social, ethical or democratic norm. Shareholder value must be maximized. Profits must be realized. Voters must be obeyed. They must, even if they poison the water, ruin livelihoods or bring America to the brink of despotism.

This presumption is usually hard to spot. It’s found in and among the many rational-sounding reasons Republicans give for their continued support of the president. Sure, they might be complicit in the sabotage of the incoming administration, but what can they do? They must hold on to Trump’s voters in order to hold onto the Senate. (Two run-off elections in Georgia will determine which party controls the upper chamber.) Importantly, these incentives are so fierce, they appear to give Republicans no choice.

The problem isn’t that incentives impact elected officials. Of course, they do. The problem is that reporters allow these incentives to seem monolithic—as if there were not, in fact, many equally important incentives to consider. The impression is one of Republicans merely doing what constituents demand. If it were up to them, they say, they would oppose Trump. It’s not up to them, so they don’t. According to CNN’s Carl Bernstein, many Republicans Senators “have repeatedly expressed extreme contempt for Trump and his fitness to be” president. All of them are said to be scared to death.

I think Bernstein hoped outing them would put more pressure on them to act in the best interest of the republic. But he may be giving more credit than is due. To repeat, there are many incentives to consider when it comes to the behavior of elected officials. Another incentive is the oath of office by which they vowed to defend and protect the Constitution against enemies foreign and domestic. Trump cheated to win in 2016. He cheated again when he involved a foreign leader in a criminal conspiracy to defraud the American people. The case for the president’s removal was as clear as the outcome of the 2020 election. Very. Yet all the above Republicans acquitted Trump of treason.

So the problem is one of choices. The Republicans do not fear Trump. They fear losing power. They are, in intent and in effect, choosing power over principles, power over promises, and power over patriotism. They could choose to explain for the good of the country that Trump should get out of the way. But they are choosing not to. We are left, then, with a reasonable conclusion: they believe sticking with Trump gives them an advantage over people who believe some things matter more than power. Sticking with Trump gives them an advantage over those of us who believe in democracy. They say they are afraid in order to gain advantage over people of good faith who fall for it.