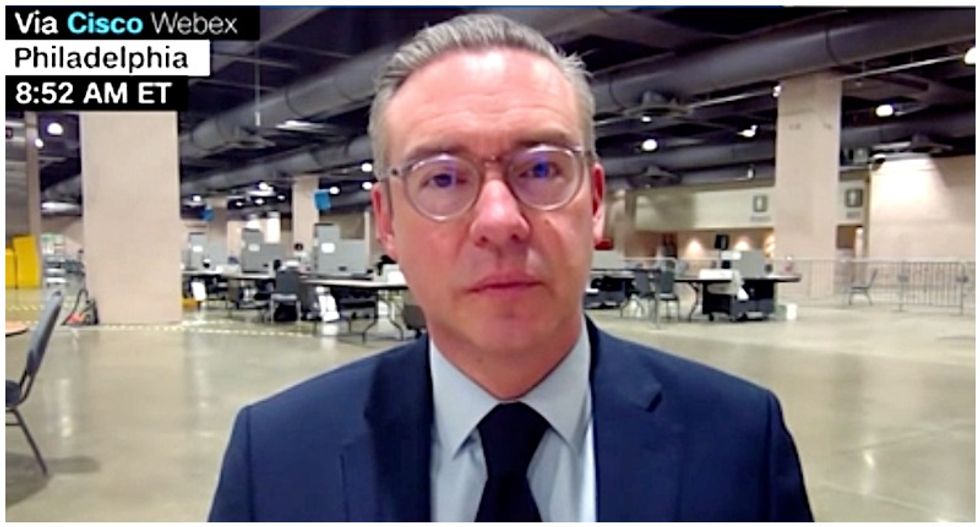 Speaking to CNN on Wednesday, a Philadelphia Republican city commissioner said that he has not seen any evidence of widespread voter fraud as the Trump administration has claimed.

"I have seen the most fantastical things on social media, making completely ridiculous allegations that have no basis in fact at all and see them spread," City Commissioner Al Schmidt told CNN's John Berman on New Day.

Schmidt came under fire from President Trump on Twitter, who accused him of refusing to "look at a mountain of corruption & dishonesty."

Schmidt added that if there's evidence of widespread fraud, "we take a look at it and we refer it to law enforcement, as we always do in every election."