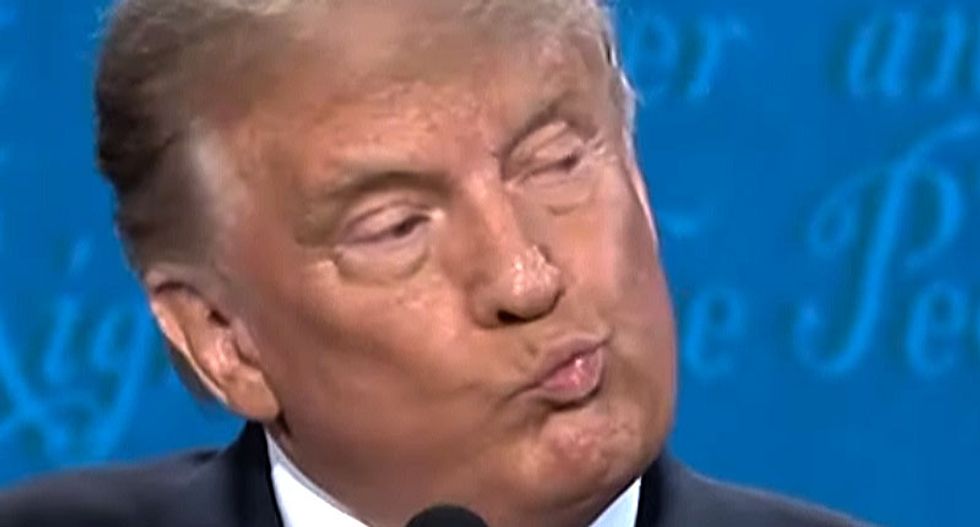 President-elect Joe Biden's inauguration is only nine weeks away and prominent Republicans in and around the White House are still waterlogged when it comes to accepting their fate. In fact, in an article published Wednesday by Politico, Republicans asking to be quoted anonymously revealed it's quite treacherous to even mention Biden's name at all. The post author, Gabby Orr, aptly framed the situation: "The conservative movement has become handicapped."

“I sent out a weekly email and mentioned something about a potential Biden administration and the fallout was ridiculous,” said an employee at one prominent conservative nonprofit.

“Republicans can’t afford to get stuck in the denial stage of grief,” said Sen. Ben Sasse of (R-NE). Sasse is only one of a handful of GOP lawmakers who have congratulated Biden on his presidential win. “We’ve got some big fights ahead, and it’d be prudent for Republicans to be focused on the governance challenges facing our center-right nation."

As Trump heads to Georgia in an effort to stave off his party being defeated by Democrats in two key run-offs this January, it might behoove him to take a giant reality pill.

“The winning narrative in Georgia would be that Republicans need the Senate to counter Joe Biden and [Vice President-elect] Kamala Harris when they’re in office,” said one prominent elected Republican. “The problem is you can’t make that case effectively when you’ve got the president telling some of his voters, ‘Don’t worry, Joe Biden is not going to be president.’"

Some conservative activists have found ways to toe the line amid threats of ostracization if they legitimize Biden as the next Oval Office occupant, Politico reported.

“We’re preparing for all outcomes, because you have to,” said Rachel Bovard, senior director of policy at the Conservative Partnership Institute. “We support President Trump pursuing all his legal avenues because that’s his right, but to be prudent we also need to talk about what a Biden presidency, even a Democratic-controlled Senate, means for the country.”

She added, “We don’t want to be caught flat-footed in a situation where we are confronted with a Biden administration."

Speaking of media outlets, another conservative activist said they were not allowed to place an op-ed about Biden's social policies because the news outlet they pitched the story to declined to print the phrase "a Biden administration."

“You definitely have a grassroots conservative movement that’s completely unwilling to discuss anything related to a Biden administration,” said the conservative nonprofit employee. “I’ve gotten flack for appearing on Fox News programs.”