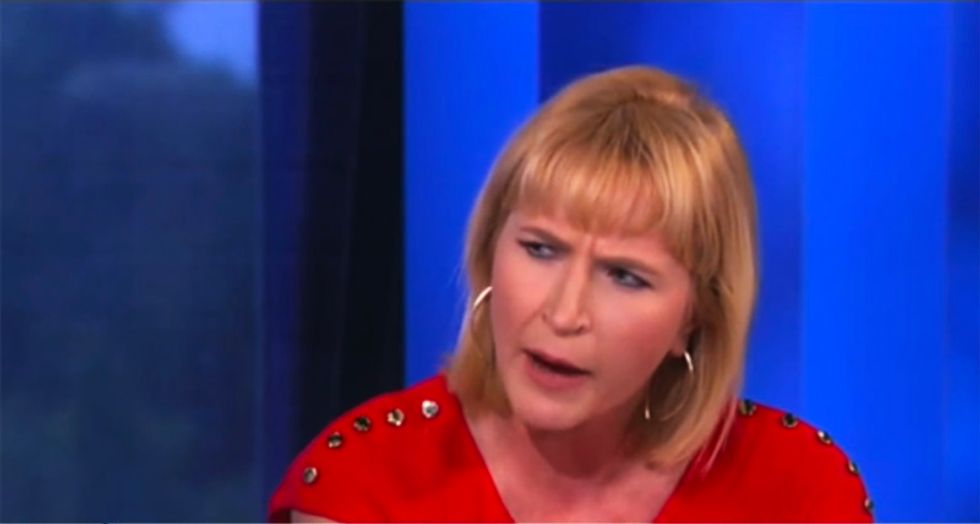 Republican National Committee spokeswoman Liz Harrington on Tuesday tried to prove that President-elect Joe Biden won due to voter fraud -- but her argument quickly fell apart at the very first sign of scrutiny.

At the heart of Harrington's argument is the fact that Biden received more total votes in swing-state cities such as Atlanta, Philadelphia, and Pittsburgh than Hillary Clinton did in 2016.

While this may not in and of itself sound suspicious, Harrington says that it should raise some red flags because Biden supposedly didn't see a similar surge in cities that are not in swing states, such as Chicago.

"These surges did not happen for Biden in other Dem strongholds -- outside of swing states where they didn't stop the count on Election night," she writes, and then notes that Biden so far has received 228,630 fewer votes in Cook County, Illinois compared to Clinton four years ago.

However, a quick look at the charts Harrington posted shows why Biden has fewer votes in Cook County than Clinton did four years ago: The county is still only reporting 78 percent of its ballots counted, whereas the 2016 totals she uses are based on 100 percent of ballots reporting.

In other words, Biden hasn't "lost" votes compared to Clinton and instead is likely to overtake the number of votes Clinton received once the remaining 22 percent of ballots are counted.

Harrington then pulled the same trick in Manhattan, where she also claimed Biden "lost" votes compared to Clinton -- without noting that the Biden totals are based on numbers showing only 60 percent of ballots reporting.