Sean Hannity tried to call out Rep. Ilhan Omar on Election Day — but only ended up humiliating himself 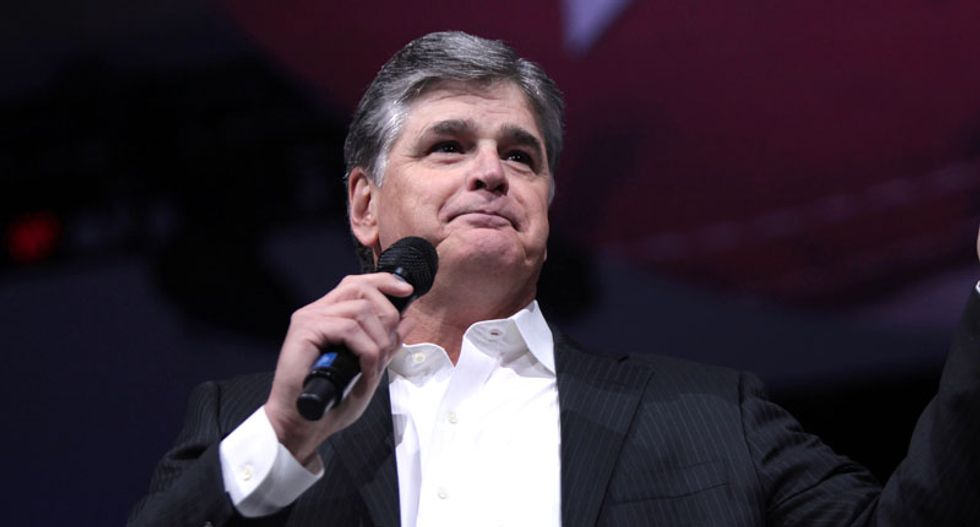 Rep. Ilhan Omar of Minnesota has been a frequent target of far-right pundits at Fox News, including Sean Hannity — who ridiculed the progressive congresswoman on Tuesday, Election Day, by twisting her words about voting. But Hannity himself ended up being mocked and ridiculed after misrepresenting what she said.

On Election Day, Omar tweeted, "You don't have to be registered to go vote in Minnesota. We have same day registration so you can register at the polls."

Omar wasn't saying that Minnesota residents could vote in her state without being registered at all, but rather, that they could become registered via same-day registration and vote that day under Minnesota law. This is an important fact for voters to know, especially in a Minnesota, which is potentially a swing state.

But Hannity, hoping to make Omar look bad, took her tweet out of context and tweeted, "NOT A JOKE: Ilhan Omar Tells Residents 'You Don't Have to be Registered to Vote' in Minnesota." Even this quote was a clear lie, because Omar's tweet you don't need to be registered "to go vote," which makes it even clear that she meant you could go and register at a polling place.

The Fox News pundit earned mockery by Twitter users for such a hamfisted attack.

Schooling Hannity on Minnesota's voting laws, @TX_Vet1 tweeted, "guess what Hannity, in Minnesota you can register on ELECTION DAY!!!" And @ScottLaday wrote, "Trump told them to vote twice & inject bleach in their veins. She was stating they didn't have to be registered to vote because they could register and vote at the same time. isn't that how it works in Minnesota?"

@Themfi posted, "As always Sean is lying to you." And @red29a informed Hannity, "You can register same day in Minnesota. She's right." And according to @TheTimPeyton, "She's right. You can register and vote the same day. Sean knows this, he's just trying to fire up his rube followers."