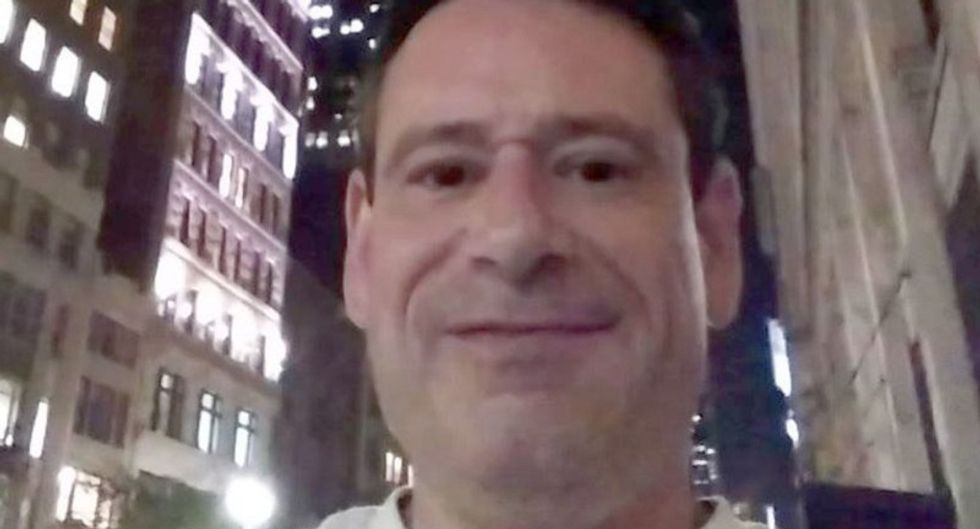 A registered sex offender who lives in Staten Island was arrested this week after he threatened to murder supporters of President-elect Joe Biden because they were celebrating what he saw as a "stolen" election.

The New York Daily News reports that 54-year-old Brian Maiorana was arrested at his home in State Island on Tuesday and charged with "sending interstate threats to injure people, including protesters, politicians and law enforcement officers" over his social media posts talking about murdering Democratic voters who celebrated in the streets on Saturday after the election was called for Biden.

"The carnage needs to come in the form of extermination of anyone that claims to be democrat... as well as their family members," he wrote in one post, according to federal prosecutors. "All right thinking people need to hit the streets while these scumbags are celebrating and start blowing them away."

Although Maiorana did not explicitly identify himself as a supporter of President Donald Trump, he did write on a social media post that the 2020 election "was fraudulently stolen from us."

The Daily News also notes that law enforcement officials found multiple weapons in Maiorana's home during his arrest, including "a handgun, parts for a second firearm, ammo, a pistol-style crossbow and a Taser."

In addition to facing charges over threats made against Democratic voters, Maiorana also potentially faces charges for illegal possession of weapons, as his 2007 conviction of statutory sexual assault makes it illegal for him to own a firearm, according to prosecutors.