Stoking chaos, Trump campaign lies to supporters that it has won Pennsylvania 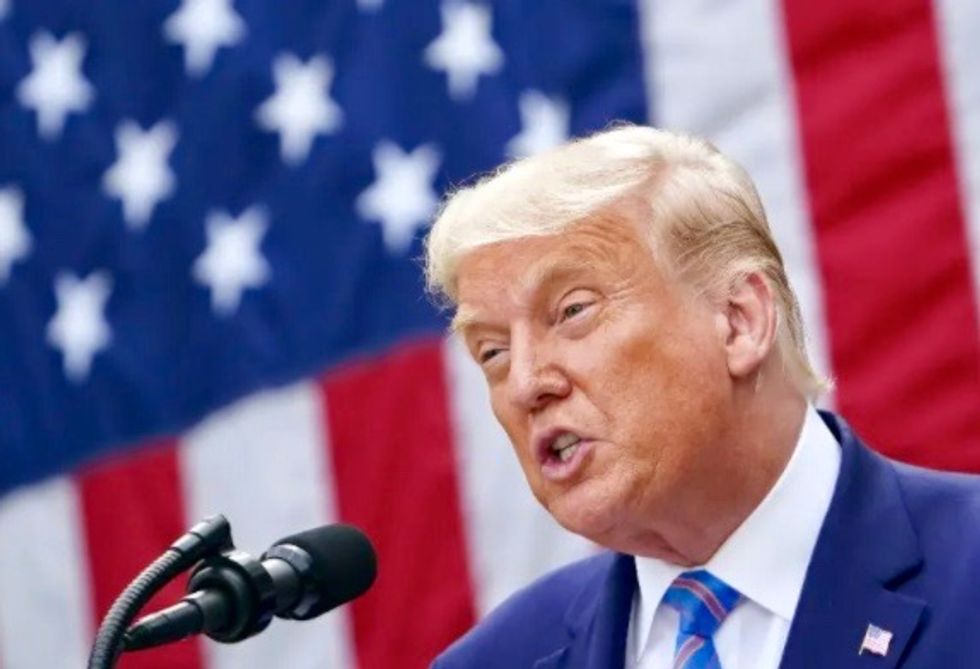 With Democratic nominee Joe Biden edging closer to a possible electoral victory as the last states move to finalize their results, President Donald Trump emerged from an overnight hiatus from Twitter on Thursday morning by declaring in a 9:12 am ET all-caps message: "STOP THE COUNT!"

While the electoral map maintained by the Associated Press as of this writing shows Biden leading the contest with a 264 to 214 lead over the Republican incumbent—and the key states of Pennsylvania, Nevada, Georgia, and North Carolina still in play—the Trump campaign was sending false emails to its supporters Thursday morning claiming it had won Pennsylvania, even though his official lead was narrowing as legitimate mail-in ballots continued to be counted, many of which are considered likely to be from Biden voters.

"We have won Pennsylvania," the Trump campaign falsely claimed in a fundraising email sent at almost the same time as Trump's tweet. 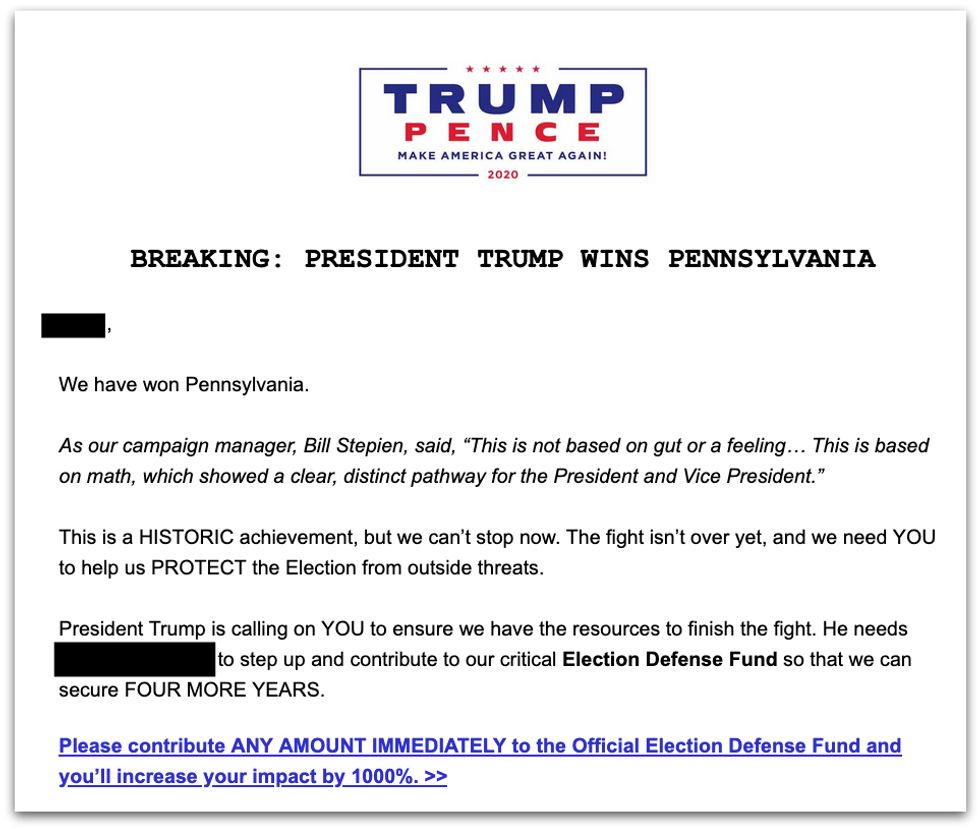 As the Trump campaign has spread lies about the effort in key states to count the vote, supporters of the president—as Common Dreams has reported here and here—have been showing up at ballot counting centers trying to intimidate election officials and echoing the president by demanding that the processing of the vote be stopped.

"Mail-in ballots have led to total and complete CHAOS," reads a separate Trump campaign fundraising email sent in the early morning hours Thursday. In a misleading fabrication, the email claims that, "They are finding Biden votes all over the place. So bad for our Country, and for the MILLIONS of voters who want to know the results."

Another one stated: "The Left will try to STEAL this Election! I'm calling on YOU to step up & FIGHT BACK."

"The Democrats are trying to STEAL the Election," the campaign told supporters in yet another email, sent Wednesday night. "We will never let them do it. Votes cannot be cast after the Polls are closed!"

As election experts have made clear, there have been no votes "cast" since polls closed in states on Tuesday night. What is happening is that legitimately-cast votes—a mix of early voter mail-in ballots, absentee ballots, and provincial ballots—are being counted by state election boards, and that process takes time.

Despite that, it appears Trump's lie-infested messaging is getting through to his supporters loud and clear. As the AP reports Thursday:

"Stop the count!" the Trump supporters chanted in Detroit. "Stop the steal!" they said in Phoenix.

The protests came as the president insisted without evidence that there were major problems with the voting and the ballot counting, especially with mail-in votes, and as Republicans filed suit in various states over the election.

Wearing Trump gear, the Phoenix protesters filled much of the parking lot at the Maricopa County election center, and members of the crowd chanted, "Fox News sucks!" in anger over the network declaring Joe Biden the winner in Arizona.

Though the effort to undermine the election and call into question the results is being done brazenly and blatantly by the president, progressives like former labor secretary Robert Reich have been urging the nation to remain vigilant against such a threat to the nation's democratic foundations:

"No matter what Donald Trump says, your vote counts," tweeted the progressive advocacy group Indivisible on Thursday following Trump's latest tweet. "Trump and the GOP have been trying to cast doubt on the integrity of our elections because they're scared of us winning."