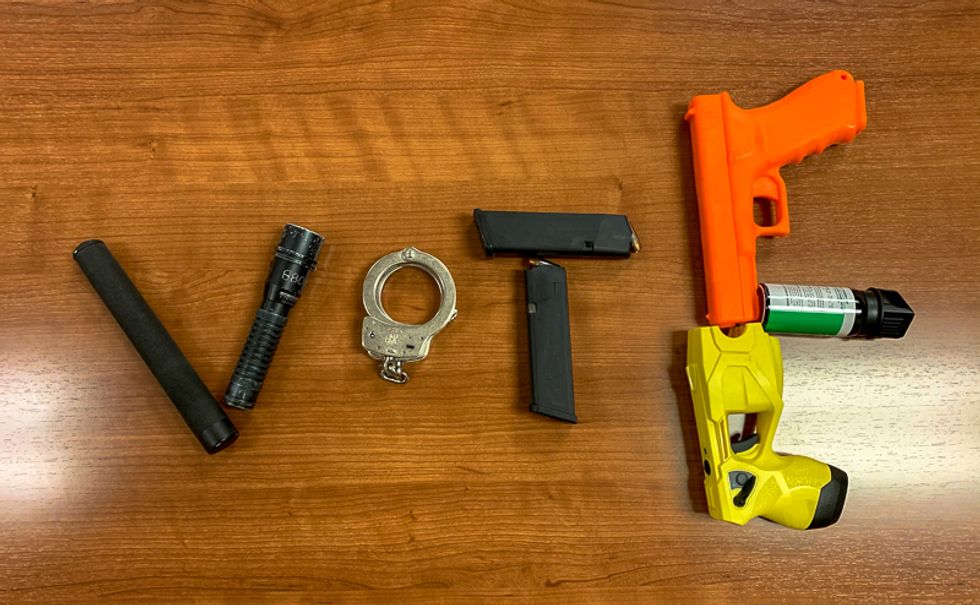 A Texas police department was criticized on Tuesday after it spelled out the word "vote" using handcuffs, ammunition and other gear.

In an election day tweet, the Southlake Department of Public Safety encouraged voters to "be kind, be courteous, and be a good human."

"Umm, not sure what to think about this photo. Handcuffs, amunition [sic], taser, pepper spray...but it says Vote. I think I would have preferred to see the word Vote made out of M&M’s instead...less intimidating," Ydalmi Rodriguez wrote.

"They know exactly the message they're sending both to those who hate it and those who love it," another Twitter user argued. "They don't deserve the benefit of the doubt."

@SouthlakeDPS This is gross and completely tone-deaf to the current social climate.
— Shelly (@Shelly) 1604427250.0