'That's what I do': Obama casually sinks 3-pointer on campaign trail 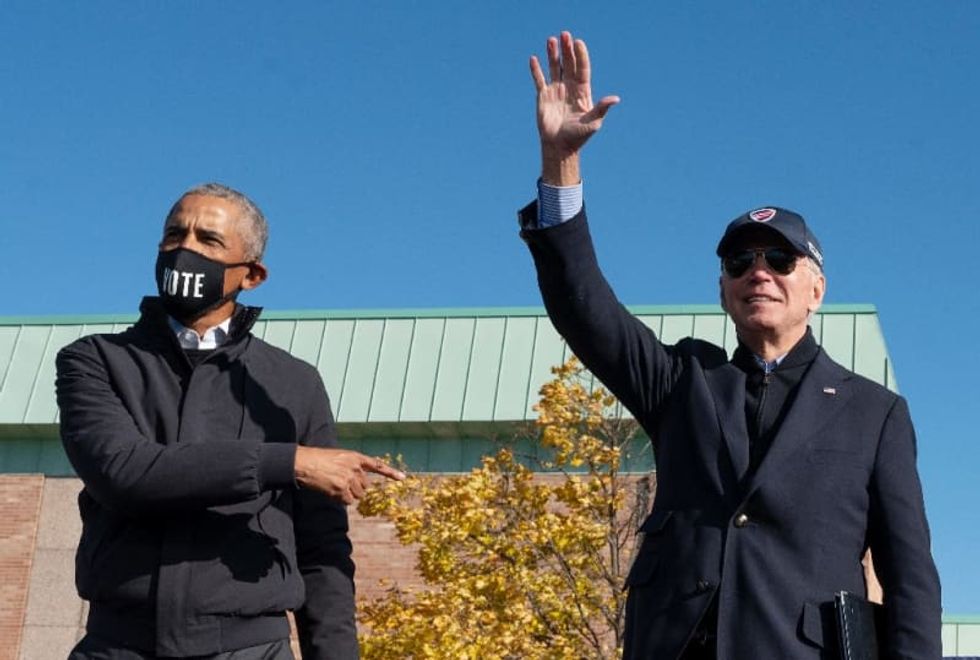 He was attempting to land Democrat Joe Biden an electoral slam dunk, but former president Barack Obama nailed a 3-pointer instead. Literally.

On the campaign trail Saturday at a high school gym in Flint, Michigan, Obama, who is known for his skill on the court, was passed a basketball as he left the room.

The ex-president dribbled, then sank the 3-pointer from the corner before casually resuming his exit and telling the campaign entourage confidently that "that's what I do."

Video of the shot -- posted to Twitter by both Obama and Biden's traveling digital director Olivia Raisner -- quickly went viral, gaining hundreds of thousands of likes and praise from none other than LeBron James, recently named Most Valuable Player of the 2020 NBA Finals.

"Now you just showing out now my friend!!" James tweeted. "That's what you do huh?? Ok ok I see. All cash!"

Biden, who was Obama's vice president, made his first joint appearance of the campaign with his former boss in Flint, scrambling to boost turnout ahead of Tuesday's election against Republican incumbent President Donald Trump who is trailing in the polls.

Shooting hoops on election day is a tradition for Obama, even when his name is not on the ballot.

The habit is reportedly part superstition for the ex-president who skipped the court during voting in the New Hampshire Democratic primary in 2008 and lost the race to then-senator Hillary Clinton.