The 2020 election is playing out largely as Bernie Sanders predicted 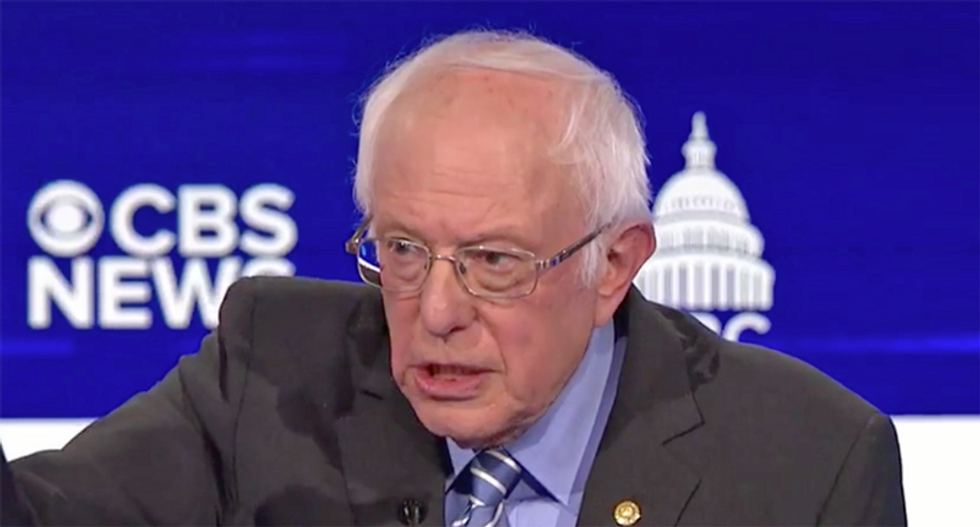 When Sen. Bernie Sanders appeared on Jimmy Fallon's show on October 23, the Vermont senator had a lot to say about what he thought would happen on Election Night 2020 — and many of his predictions are proving accurate.

As of Wednesday morning, November 4, votes are still being counted in Pennsylvania, Michigan, Wisconsin and other battleground states — and it remains to been seen whether President Donald Trump will win a second term or former Vice President Joe Biden will pull off a narrow Electoral College victory. Sanders, on October 23, predicted there would be a "huge amount of mail-in ballots" in battleground states — including Pennsylvania, Michigan, Wisconsin — and no clear winner on Election Night, November 3.

Sanders told Fallon, "Unlike states like Florida or Vermont, they aren't able, for bad reasons, to begin processing those ballots until Election Day — or maybe when the polls close. That means you're going to have states dealing with perhaps millions of mail-in ballots."

The senator also told Fallon that because Democrats are more likely to use mail-in ballots than Republicans and in-person votes would be counted first in key battleground states, Trump would look at the early vote count and declare victory prematurely — which, sure enough, he did. Trump has been widely criticized for, on Election Night, demanding that the vote count in key battleground states cease even though many votes in Pennsylvania, Michigan, Wisconsin and other states had yet to be counted.

Sanders, October 23, told Fallon, "It could well be that at 10 o'clock on Election Night, Trump is winning in Michigan, he's winning in Pennsylvania, he's winning in Wisconsin — and he gets on the television and says, 'Thank you, Americans for reelecting me. It's all over, have a good day.'"

When Trump prematurely claimed victory on Election Day, he described the vote counting as "a fraud on the American public" and said, "We will be going to the U.S. Supreme Court. We want all voting to stop. We don't want them to find any ballots at 4 o'clock in the morning and add them to the list."

As of 11:20 a.m. eastern time on Wednesday, November 4, Biden has slim leads in Wisconsin and Michigan — while Trump is ahead in Pennsylvania, with only 64% of the votes counted.

During his October 23 appearance on Fallon's show, Sanders stressed, "It is my view that every vote must be counted."

You can watch Bernie Sanders below: