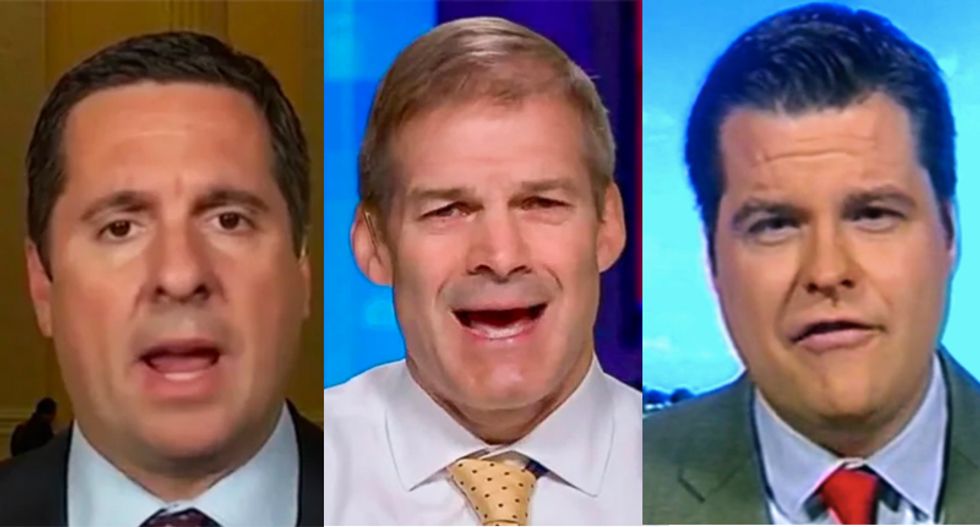 The broad contours of the next two years of American politics are pretty clear. They're going to suck for the left. And things could get worse after that. But there is hope.

The GOP's nonsensical claims that widespread voter fraud denied Trump a second term represent Birtherism 2.0. They can't claim that a white guy from Scranton who's been a prominent figure in DC for the past 40 years was born in Kenya, but for the 86 percent of Trump voters who believe that Joe Biden did not legitimately win the 2020 election, the effect is the same. This belief will animate the next, more extreme iteration of the tea party movement. In fact, some of the Republican operatives organizing these "stop the steal" protests are veterans of that Astroturf campaign.

If Democrats manage the difficult task of sweeping runoff elections for two Georgia Senate seats in January, they will be constrained by the filibuster. Sen. Joe Manchin (D-WV) has already signaled that he would not support eliminating it. Others would no doubt join him if they weren't the deciding vote.

If, as is likely, Republicans hold onto the Senate, Majority Leader Mitch McConnell will follow the playbook he developed during the Obama years, refusing to bring bills with bipartisan support to the floor and blockading Biden's judicial nominees. Either way, requiring 60 votes to pass legislature will be the norm.

Given that the pandemic is now completely out of control, McConnell would probably have no choice but to negotiate a bipartisan Covid relief and economic stimulus package, assuming one doesn't pass before the inauguration. Aside from that, Democrats would only be able to make progress through executive actions and during "fiscal cliff" negotiations over must-pass bills to keep the government operating or avoid a debt default. If Dems manage to win control of the Senate, they would also be able to do certain things--like rolling back the Trump tax cuts--through budget reconciliation, which can't be filibustered.

The executive branch wields a lot of power, and with control of the House, Democrats would be able to achieve smaller parts of their agenda. And competent government will be like a breath of fresh air after the past four years. But the party's base wants them to govern. They want a new voting rights act and an expansion of public healthcare and aggressive climate legislation, among other priorities. None of that will be possible, and Democrats--especially progressives--will find themselves frustrated.

This is the formula Republicans developed during Obama's presidency: Demoralize the Democratic base while firing theirs up with a steady stream of disinformation about the administration. With the Democrats' typical decline in turnout for the midterms, the GOP will try to deliver the kind of electoral shellacking in 2022 that they achieved in 2010.

Because they did well in state legislative races this year, Republicans will also have an opportunity to redraw congressional maps in a bunch of states and strengthen the gerrymanders they put in place after the 2010 Census. If the GOP can hold the Senate and claw back control of the House, 2023 and 2024 will be even more disheartening.

But that bleak outcome isn't a foregone conclusion. Dems could govern if they start organizing now, keep their base engaged and break that cycle of turning out for presidential elections and then sitting out the midterms. They have a good Senate map in 2022, and if they ended up with 52 or 53 Senate seats, after two more years of relentless Republican obstruction, they would almost certainly have the votes to kill the filibuster.

There is one reason to think this may be possible: Donald J. Trump. First, because Trump has driven huge Democratic turnout in the 2018 midterms, the 2020 election and in off-year contests in 2017 and 2019. Voting tends to be habit-forming. And whether or not Trump is serious about declaring that he intends to run in 2024, he will remain a loud, obnoxious presence in American politics. It's possible that by remaining the clear leader of the Republican Party, he will help Democrats remain engaged, while at least some of the irregular Republican voters he turned out will stay home if he isn't on the ballot himself. There is reason to be hopeful.

But while the feeling of relief that most Americans are feeling after delivering a defeat to Donald Trump was nice, it will be short-lived. It was a major battle in a longer war. The next engagement will be in Georgia, and then the (broad) left must start organizing for 2022. Thanks to the many veto-points built into our system, progress is never easy.