There's nothing 'normal' about this moment: Even if Trump reluctantly leaves office, immense damage has been done 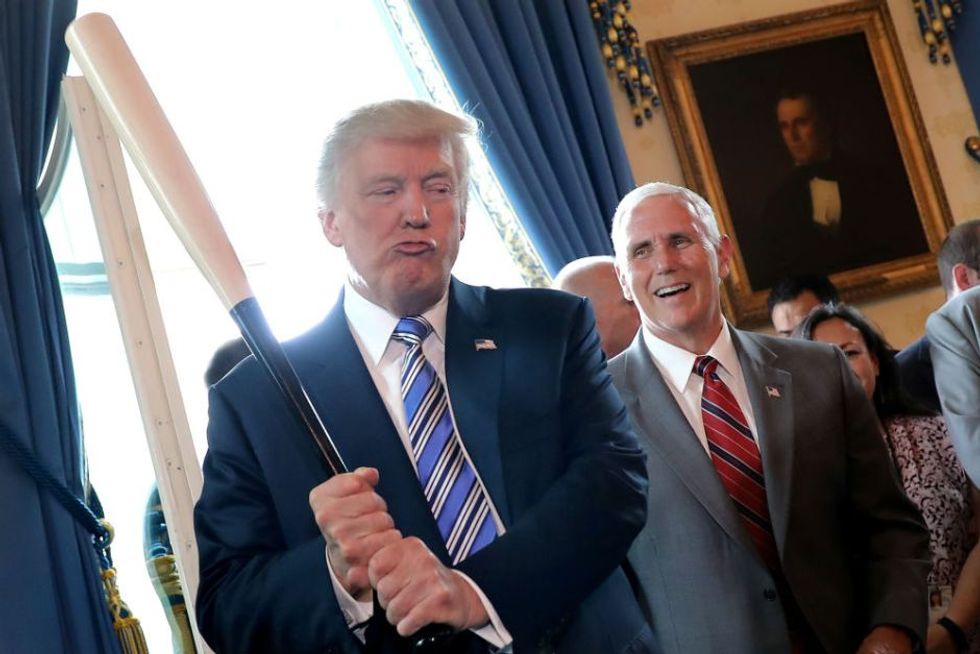 Is Donald Trump still attempting a coup with the intention of remaining in power indefinitely?Yes. "I quit" is a phrase that does not appear in the authoritarian's handbook.

Trump has announced his coup in public, which is a major reason why most people are not taking it seriously.

The president has repeatedly stated that the 2020 presidential election is illegitimate, and should be disregarded because he is not the winner. Given that he is a compulsive liar, on that one matter Trump has been remarkably consistent. Moreover, he signaled as early as 2016 his intent to engage in a coup, and other extralegal or illegal efforts to subvert any election where he does not win.

Joe Biden defeated Donald Trump by more than 6 million votes, and has also received 306 votes to Trump's 232 in the Electoral College. Both outcomes are a mandate from the American people that the Age of Trump is over and its leader should be left on the ash-heap of history, a nightmare to be awakened from.

In response, Trump's agents and followers are staging public protests, filing lawsuits on Trump's behalf claiming that he lost because of "voter fraud," "fake ballots" and other conspiracies, They have threatened violence and an "uprising" against Biden and the Democrats. Trump has not conceded defeat and under legal pressure is now only begrudgingly offering assistance in the transition of power. He is creating an overall environment of political instability, putting his most stalwart loyalists in key national security positions. As befits a political strongman and neofascist, Trump continues punishing the American people by further damaging the nation's economy and literally killing thousands of people each day through a campaign of negligence and sabotage in response to the coronavirus pandemic.

As the Age of Trump shambles toward its conclusion, the United States has again shown itself to be far from exceptional. Trump's coup attempt has put the country and its democracy in a state of limbo and "zombie politics."

In a new essay at the New York Review of Books, Fintan O'Toole explains:

It is impossible not to think, in this in-between moment, of Antonio Gramsci: "The crisis consists precisely in the fact that the old is dying and the new cannot be born; in this interregnum a great variety of morbid symptoms appear." Something is dying, but we do not yet know what. Is it the basic idea of majority rule or is it the most coherent attempt to destroy that idea since the secession of the Confederacy? Something is trying to be born, but we cannot yet say what it is either. Is it an American version of the "managed democracy" or "electoral autocracy" that is the most rapidly expanding political form around the world? Or is it a radically renewed republic that can finally deal with the unfinished business of its history? The old is in a state of suspended animation; the new stands at a threshold it cannot yet cross. …

If Trump is eventually removed from the Oval Office, the study of revenge and immortal hate, not sober self-criticism, will be the response in Trumpworld. There will be no chastening, just a further injection of resentment and conspiracy-mongering.

This is zombie politics — the life-after-death of a former conservative party. And as Gothic stories tell us, it is very hard to kill the undead. One half of a two-party system has passed over into a post-democratic state.

In response to these events, the American mainstream news media and the commentariat, for the most part, are continuing with the same errors in analysis and narrative that helped to elect Trump in 2016 and then normalized his assaults on democracy and the rule of law for the next four years.

They are mocking Trump's defeats in the courts and describing them as though they are sporting events with a running tally of wins and losses. It is assumed to be a fait accompli that Biden is taking office in January. Trump is said to be "flailing" and "throwing tantrums"; and his behavior is "pathetic" and "embarrassing." Trump's coup attempt is "disorganized," as are his supporters with their supposed "low morale."

The possibility that Trump and his agents could find some way to alter the vote count and the assigned electors in key states such as Pennsylvania and Michigan is treated as an absurdity: "The law" and "the courts" would never allow such an outcome.

This is a form of political comfort food or sugar high, feeding a desperate hunger from the mainstream news media, the political class and the American people for a return to normalcy. But on some basic level they must know that Trump's attacks on democracy are abnormal and very dangerous.

Denial helped to birth Trumpism; failure to confront that denial means Trumpism will continue in America long after the man himself is gone.

In reality, Donald Trump, his Republican Party and their allies are playing a different game, one entirely outside of "normal politics" and the "folk theories of democracy" that the Fourth Estate and many other political elites worship like a religion.

Donald Trump and his movement's real goal is to make invalid any future election where Republicans do not win.

The attacks on the 2020 election are also part of a strategy which has shown itself to be successful in the extreme. Republican voters are being conditioned to view the Biden administration as having no legal authority because Trump was "betrayed." The net effect will be to encourage political violence and other acts of resistance by Trump's supporters and other Republican voters.

In a new essay for Medium, Indi Samarajiva reflects on his experience with the attempted coup in Sri Lanka in 2018 and issues a warning:

We lost our children, playing at church. We lost our friends, sitting down to brunch. Muslims lost their dignity and rights. Your Republicans have set forces into play they cannot possibly understand and certainly cannot control. And they don't even want to. To them, chaos is a ladder. …

What I can tell you — what anyone who's experienced this can tell you — is that it's going to be bad. I didn't know that churches and hotels would blow up on Easter Sunday, but I know now. I'm trying to tell you in advance. You've opened up a Pandora's box of instability. All kinds of demons come out.

There's a ticking bomb at the heart of your democracy now. Your government, the very idea of governance is fatally wounded. Chaos has been planted at its heart. I don't know what this chaos will grow into, but I can promise you this. It won't be good.

American democracy is very sick. The jubilance and celebration at Trump's apparent defeat on Election Day were highly premature. Biden's victory was a drug that temporarily masked the pain of a democracy in critical condition. The patient can live "normally" until the high of the drug wears off. The crash will be extreme and horrible, almost beyond imagination, because the underlying disease has not been addressed.

The truth of what Trump and his neofascist movement have revealed about America's failures and vulnerabilities must be confronted if that civic disease is to be purged from the country's body politic. The reckoning must also include an assessment of the character and behavior of the tens of millions of Americans who voted for Trump and continue to support him.

On these questions of healing and what comes next after the Age of Trump, Ruth Ben-Ghiat, a leading historian of fascism, had this to say in a recent phone conversation:

We are going to need a lot of grassroots education to help people understand what nefarious influence they were under with Trump. One of the saddest truths is that these men despise the people who love them. They disdain them for giving them their power. Many of us have been amazed that with the pandemic it's been very obvious he doesn't care if they die. He truly doesn't care if you live or die. Helping people to see that will be important to getting them back to the cause of good government, government that cares about public welfare. That's very different than building bridges to forgive people and saying, "OK, well we'll just put your racism behind us." That's not at all what I advocate.

Ultimately, American neofascism as mainstreamed by Donald Trump and his followers is a slow-acting poison. Trump's coup attempt is one more sign that it is working.