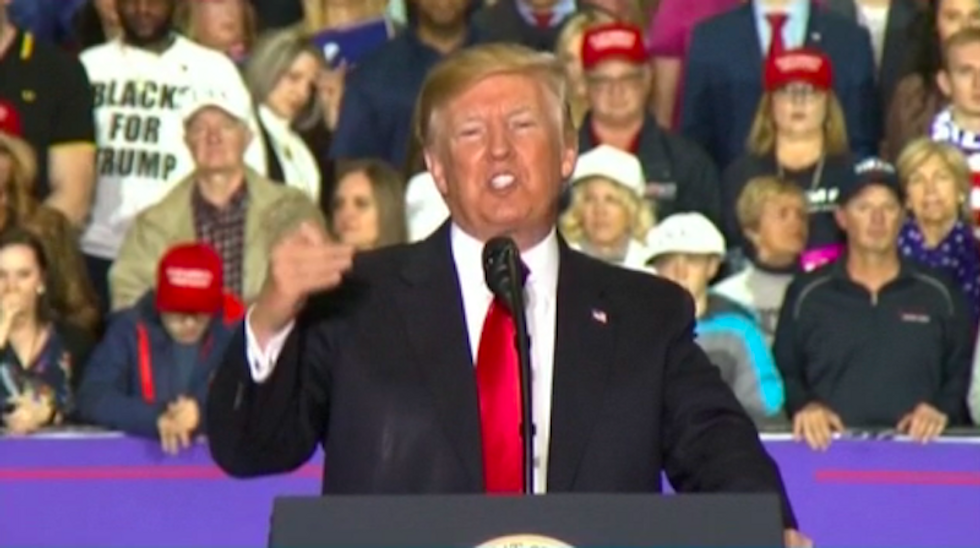 Since the day after Election Day, President Donald Trump has falsely accused larger urban cities like Philadelphia and Detroit of stealing the election from him, but details actually suggest otherwise.

On Wednesday, Trump released a lashing campaign email claiming: "Democrat-run cities, like Detroit and Philadelphia, two of the most politically corrupt places in America, cannot be responsible for deciding the outcome of this race."

The dangerous claim is one the Republican Party has aimed at Democratic cities, mostly comprised of large Black populations, suggesting an inability to hold fair elections. However, Republicans have failed to acknowledge that fair does not always mean favorable.

Contrary to Trump's allegations, President-elect Joe Biden's election results in Detroit, Milwaukee, and Philadelphia were relatively the same as Hillary Clinton's results in 2016. Trump even managed to gain votes in those metropolitan areas compared to his outcome in the previous presidential election. However, Biden managed to expand his support also capturing voters in America's suburbs and exurbs—the areas outside of the major cities.

By capturing those voters, Biden did manage to attract more voters. However, the larger metropolitan cities still did not "decide" the outcome of the election although Trump has suggested so, according to USA Today.

In a nutshell, the suburbs and exurbs ultimately contributed to Trump's defeat—not metropolitan areas, as he has repeatedly suggested. On Wednesday, Trump attacked Philadelphia city commissioner, Al Schmidt, via Twitter as he accused him of failing to review the so-called "mountain of corruption & dishonesty."

Schmidt quickly fired back at the president as he admitted he has seen some of the most outlandish allegations with no evidence to support any of the claims.

He added, "I think people should be mindful that there are bad actors who are lying to them."