Trump supporters are slowly coming to grips with his miserable defeat 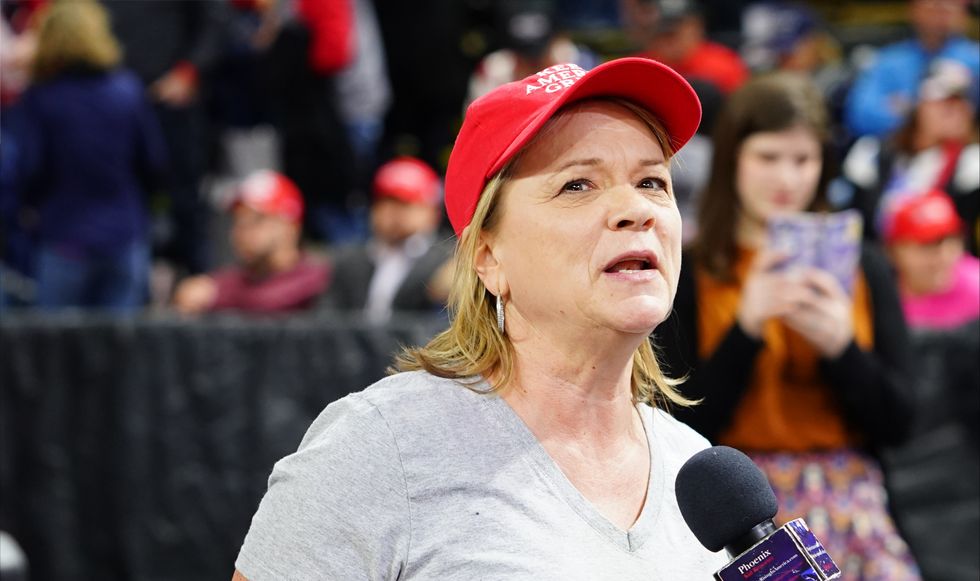 This Monday was a reassuring day for democracy, but a devastating blow for supporters of President Donald Trump still holding out hope that he'll stay in office past January 2021.

Michigan certified the results of Joe Biden's victory, thwarting Trump's hope to overturn the outcome. And the General Services Administrator Emily Murphy finally provided Biden's team with the resources to fund his transition, a move even approved of by Trump himself, though he vowed to keep fighting:

With the announcement on Sunday disavowing Sidney Powell, one of the crank lawyers who had been on the president's legal team, Trump made clear that his path forward in challenging the election is in tatters. His bungled, anti-democratic, and preposterous election lawsuits have been a disaster thus far, with more than 30 losses and only one modest win over a procedural matter. His team hasn't demonstrated a single instance of voter fraud yet, let alone the vast web of conspiracy they've alleged.

"It's been a pretty disastrous weekend for the Trump legal team," said Byron York, a longtime defender of the president who writes for the Washington Examiner, in a Fox News appearance on Monday. "So the big picture here is this legal effort is winding down. They've exhausted most of their possibilities."

Rush Limbaugh, an even more fervent defender of the president, also admitted that the situation looks grim. And he frankly aired his disappointment thus far after the Trump campaign's absurd press conference last week.

"You call a gigantic press conference like that — one that lasts an hour — and you announce massive bombshells, then you better have some bombshells. There better be something at that press conference other than what we got," he said. "I talked to so many people who were blown away by it, by the very nature of the press conference. They promised blockbuster stuff and then nothing happened, and that's just, it's not good."

He also commented on the absurdity of the Trump team denying any connection to Powell: "It's a tough thing to deny she was ever a part of it because they introduced her as part of it."

George Papadopoulos, a 2016 Trump campaign aide who was prosecuted as part of the Russia probe, expressed more hope that Trump will hold on, but he admitted that the "optics" of the campaign's current chaos are bad.

Many of the replies to his tweet came from supporters of the president who are increasingly dismayed by reality. But some insisted that Trump has a plan that shouldn't be doubted.

Trump may be facing even swifter retreat from his allies in Congress. Louisiana Republican Sen. Bill Cassidy declared on Monday that Trump had hit the end of the road:

GOP Sens. Lamar Alexander of Tennessee and Rob Portman of Ohio have made similar, if not quite as definitive remarks about the election, while Sens. Mitt Romney of Utah, Ben Sasse of Nebraska, Susan Collins of Maine, and Lisa Murkowski of Alaska have all clearly acknowledged Biden's win.

They're starting to see the writing on the wall. Many of these revelations are coming far later than they should have, but the sooner the GOP accepts reality, the sooner the country will be able to move on to address the serious issues it faces. The after-effects of Trump and his allies' efforts to delegitimize this election will unfortunately continue, though, with potentially dire and certainly unpredictable consequences. But that's all the more reason that this charade should wrap up as soon as possible.