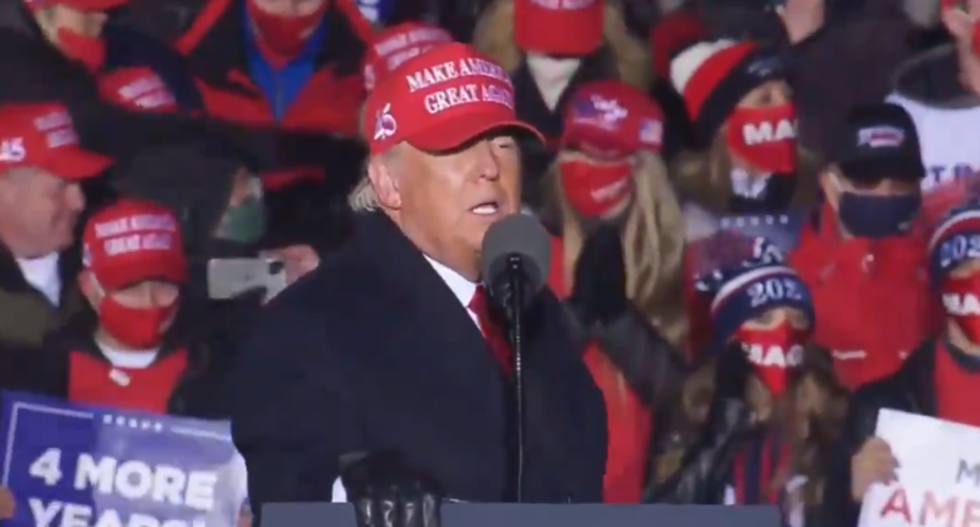 On Monday, at President Donald Trump's final rally in Kenosha, Wisconsin, his speech was interrupted by sound issues.

Trump was visibly disgruntled at the disruption. "We're supposed to pay these people, right?" he said. He then attacked the company running the sound system, saying, "Never use that company!"