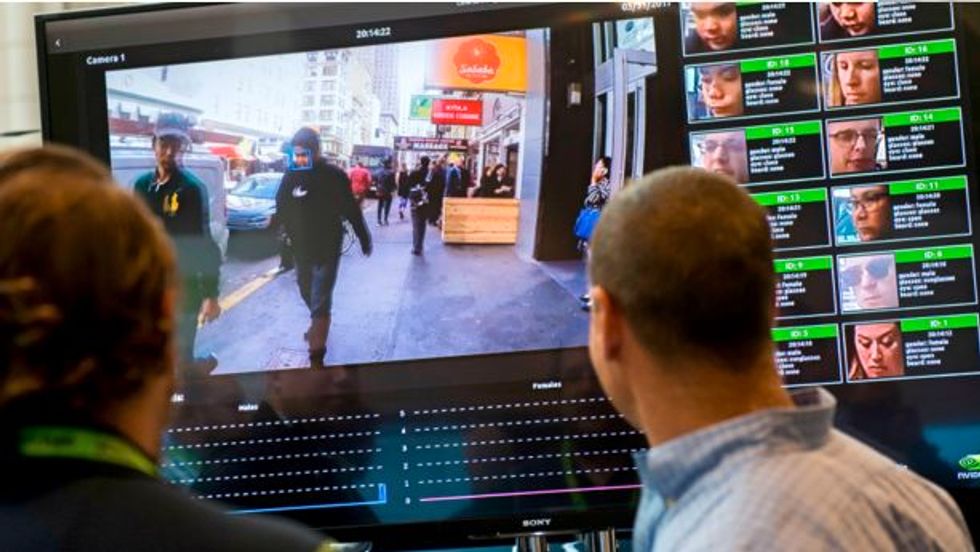 Racial profiling is not new but the technologies once seen as tools for bringing more objectivity and fairness to policing appear in many places to be making the problem worse.

"There is a great risk that (AI technologies will) reproduce and reinforce biases and aggravate or lead to discriminatory practices," Jamaican human rights expert Verene Shepherd told AFP.

She is one of the 18 independent experts who make up the UN Committee on the Elimination of Racial Discrimination (CERD), which on Thursday published guidance on how countries worldwide should work to end racial profiling by law enforcement.

The committee, which monitors compliance by 182 signatory countries to the International Convention on the Elimination of All Forms of Racial Discrimination, raised particular concern over the use of AI algorithms for so-called "predictive policing" and "risk assessment".

The systems have been touted to help make better use of limited police budgets, but research suggests it can increase deployments to communities which have already been identified, rightly or wrongly, as high-crime zones.

"Such data will deepen the risk of over-policing in the same neighborhood, which in turn may lead to more arrests, creating a dangerous feedback loop."

When artificial intelligence and algorithms use biased historical data, their profiling predictions will reflect that.

"We are concerned about what goes into making those assumptions and those predictions."

The CERD recommendations also take issue with the growing use of facial recognition and surveillance technologies in policing.

Shepherd said the committee had received a number of complaints about misidentification by such technologies, sometimes with dire consequences, but did not provide specific examples.

The issue came to the forefront with the wrongful arrest in Detroit earlier this year of an African American man, Robert Williams, based on a flawed algorithm which identified him as a robbery suspect.

"We have had complaints of such misidentification because of where the technologies are coming from, who is making them, and what samples they have in their system," Shepherd said.

CERD is calling for countries to regulate private companies that develop, sell or operate algorithmic profiling systems for law enforcement.

Countries have a responsibility to ensure that such systems comply with international human rights law, it said, stressing the importance of transparency in design and application.

The recommendations meanwhile go beyond the impact of new technologies, urging countries to introduce laws against all forms of racial discrimination by law enforcement.

She said 2020 -- a year marked by surging racial tensions in many parts of the world -- was a good time to present the new guidelines.

The committee, she said, "hopes that the intensification and globalization of Black Lives Matter ... and other campaigns calling for attention to discrimination against certain vulnerable groups will help (underline) the importance of the recommendations."

The Supreme Court's decision to overturn Roe v. Wade last week is seeing continued fallout this week as many women living in red states have been left scrambling for alternatives now that their right to have abortions has been taken away.

Lexington Herald-Leader reporter Alex Acquisto says that she spoke this week with a Lexington, Kentucky-based gynecologist who says her clinic received 91 different requests in just one day from women who want to undergo surgical sterilization, which would permanently prevent them from ever having children of their own.

'You guys have supported us': CNN host thanked on-air by ex-football coach who won prayer case

CNN host Brianna Keilar was thanked on live television by former football coach Joseph Kennedy after the Supreme Court ruled that he had the right to lead a Christian prayer at a public school.

Moments after the interview began, he told Keilar that CNN had "supported" him throughout the case.

The Buffalo and Uvalde massacres shocked the nation and have rightly reinvigorated the debate around tighter gun laws and gun controls.

But the problem isn’t just easy access to guns.