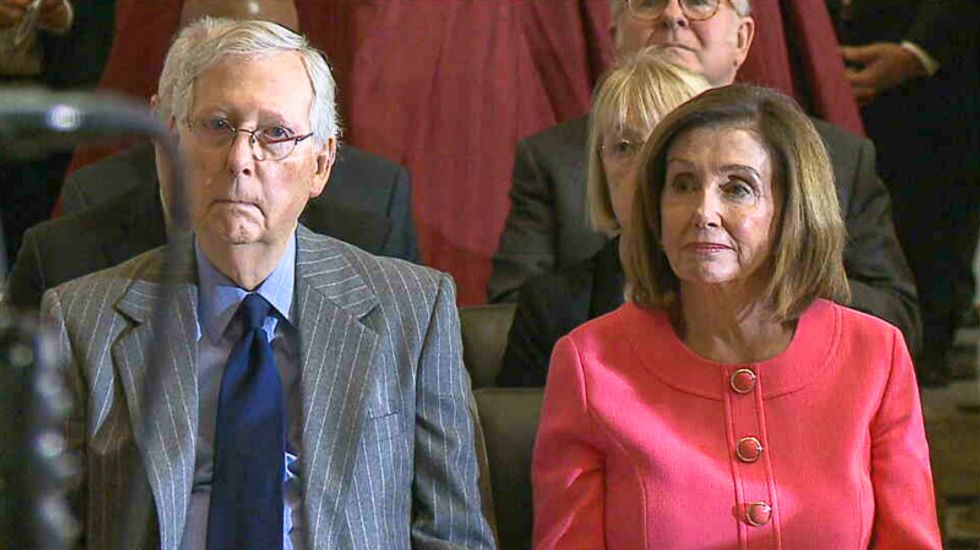 Aides to top US lawmakers met on Thursday for yet another restart to talks on a new stimulus spending package to aid the economic recovery from the coronavirus downturn.

The discussions, confirmed to AFP by a senior Democratic aide, come as Covid-19 cases surge nationwide and as the president of a regional Federal Reserve bank warned the United States could see growth contract again in the fourth quarter.

Lawmakers have negotiated for months on passing such a bill, but haven't come to terms on how much to spend and what to spend it on.

Congress authorized the $2.2 trillion CARES Act in March as the pandemic arrived, but its provisions expanding payments to the unemployed and giving loans and grants to small businesses expired in recent months, and analysts fear a renewed slowdown.

The US is home to the world's largest Covid-19 outbreak, with 157,950 new infections over the 24 hours prior to Wednesday, the same day that total deaths from the disease climbed above 250,000.

President of the Dallas Federal Reserve bank Robert Kaplan told Bloomberg the resurgence in cases could send US growth back into the red in the October-December quarter.

"If you'd asked me a month ago, I would have said we're going to grow in the fourth quarter, as much as four or five percent annualized, but... with this resurgence, I think the risks are all (to) the downside," he said.

US growth cratered 31.4 percent in the second quarter as business shutdowns to stop the virus's spread took their toll, but rebounded 33.1 percent as states' moved to ease the shutdowns.