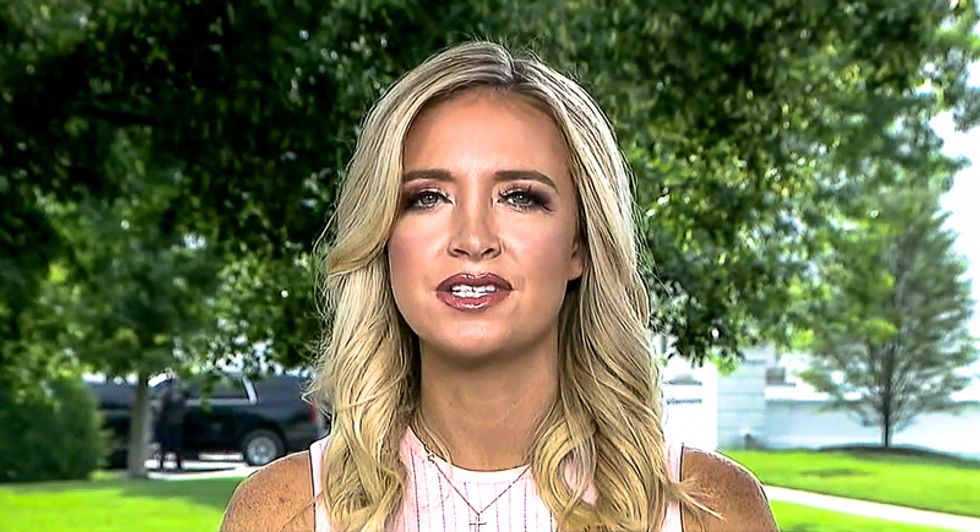 As the votes continue to be counted in Arizona, Georgia, North Carolina, Nevada, and Pennsylvania Wednesday night, President Donald J. Trump's press secretary Kayleigh McEnany is onto her next mission: defending the incumbent president's path to 270 electoral votes with frivolous lawsuits.

McEnany appeared on Fox News with Martha MacCallum trying to explain away her violation of the Hatch Act.

"We are fighting for the American people to know sooner rather than later," McEnany began.

"But Kayleigh, we always have had provisional ballots and military ballots -- things that get counted later. The votes have to be in by November 3. That was what their state legislature and their court system agreed to,"  MacCallum countered.