‘Where’s the evidence of fraud?’: MSNBC reporter on the ground hammers Trump advisor to prove his false voting claims 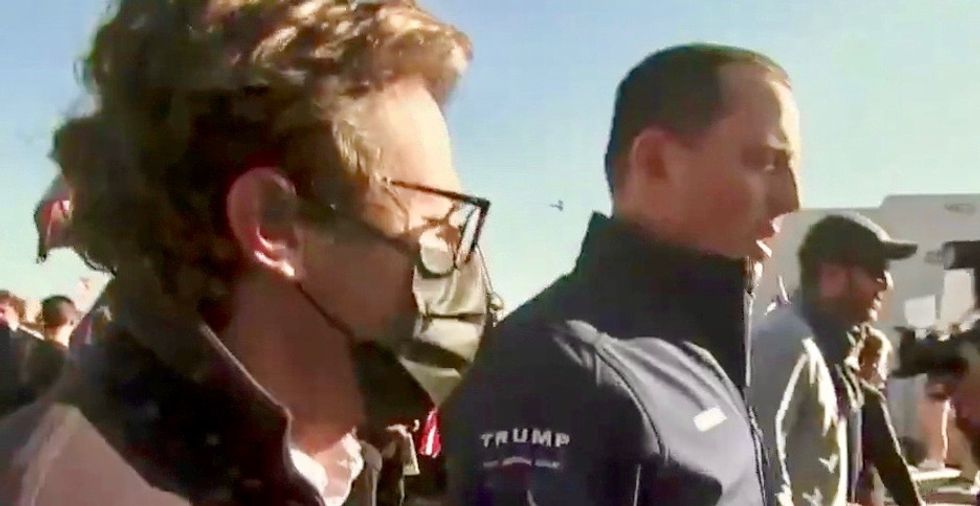 MSNBC's Jacob Soboroff, on the ground in Nevada, demanded Richard Grenell prove his false assertions about voter fraud and unfair practices after the former Trump Acting Director of National Intelligence made them at a press conference designed to sow disinformation among Trump supporters.

"Can you talk about the evidence?" Soboroff asked Grenell. "You're claiming thousands of illegitimate votes here in Nevada."

"You should go in and ask the question," Grenell, refusing to answer, told Soboroff.

"Where's the evidence of the fraud?" Soboroff demanded to know. "You haven't presented any evidence of fraud."

"They've presented no evidence of fraud," Soboroff said, turning to talk to the camera as Grenell disappeared into a Trump campaign van.

"Matt Schlapp, where are the illegitimate ballots?" Soboroff pressed, addressing  the far right nationalist, lobbyist, and chair of the American Conservative Union.

Soboroff then turned back to the camera to tell viewers the Trump team has "presented literally no evidence" of their claims, which are "supported by virtually no facts."

Grenell has a history of falsehoods. Just days ago he posted a photo of Joe Biden from 2019, suggesting the former vice president was a "phony" for not wearing a mask, even though it was taken months before the pandemic. Twitter slapped a “manipulated media” warning label on the tweet one day later, as Grenell himself earned a different label: "disinformation grifter."