Wisconsin voters frustrated with GOP's 'ridiculous' push to throw out votes: 'I don't understand what Republicans are thinking' 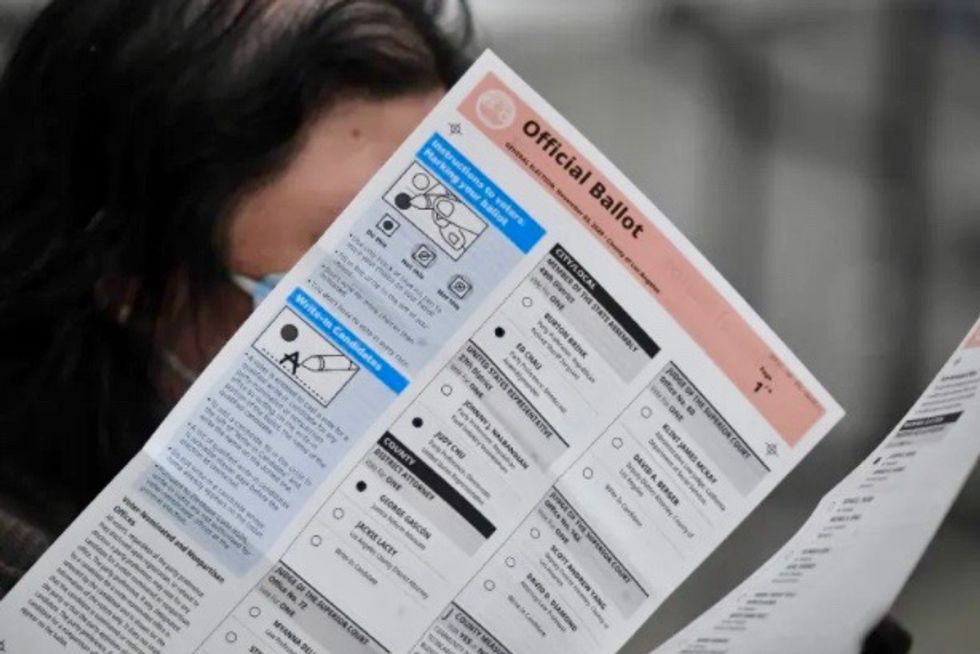 Voters in Dane County, Wisconsin are confused by President Donald Trump and Republicans' efforts to toss legal ballots out in an effort to overturn the results of the election.

According to the Milwaukee Journal-Sentinel, voters have shared details about their voting experience for the 2020 general election along with their reactions to the post-election legal battle.

On Monday, election officials in Dane and Milwaukee counties — where recounts are currently underway — were expected to block the Trump campaign's efforts to throw out a "broad categories of ballots." Although the effort could end up in court, voters are displeased with the ordeal.

Rogers, who supported President-elect Joe Biden in the election, opted to cast her ballot early along with her daughter, Mary. They voted at the Marshall Municipal Building on October 20, the first day of early voting in Wisconsin. According to Mary, the voting process was seamless that day. However, she cannot understand the GOP attack on her legally-cast ballot.

"We just went down to the clerk's office. There were no problems," she said. "I just don't understand what the Republicans are thinking."

Alice Howard, a 68-year-old disabled resident, expressed outrage at the thought of her ballot being tossed in Trump's legal battle as she reference to the decades-long effort to suppress votes.

"I don't think they have the right," she said. "We all have a privilege of voting the way it's comfortable for us. No one should try to stop us from voting unless they want to go back to slavery days. This is our right and we have a choice of which way to do it and nobody has a right to tell us we can't.

Trump campaign continues its uphill legal battle based on falsehoods and conspiracy theories. So far, their efforts have proved futile.