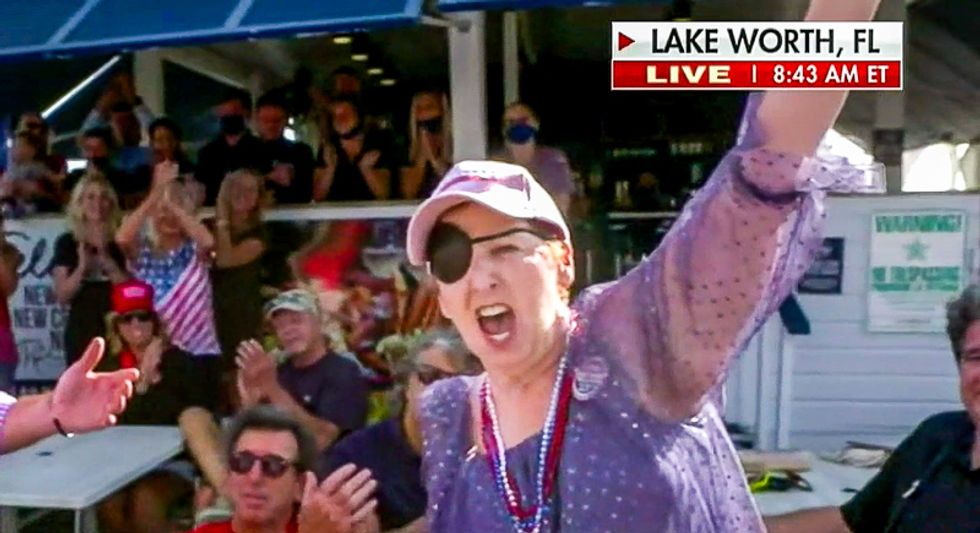 Fox News spoke to a Trump supporter in Florida who insisted that a "red tsunami" will push President Donald Trump to victory even as Democratic candidate Joe Biden leads in the electoral vote count.

As Joe Biden pulled ahead in the Michigan vote count, Fox News host Pete Hegseth talked to diners in Lake Worth, Florida.

A woman named Paula said that she was "feeling wonderful" about Trump's chances.

"Wisconsin, Pennsylvania, Michigan, Georgia -- we got it," she said despite the fact that Biden was leading in Michigan and Wisconsin.