Americans are staying jobless for longer as pandemic stretches on 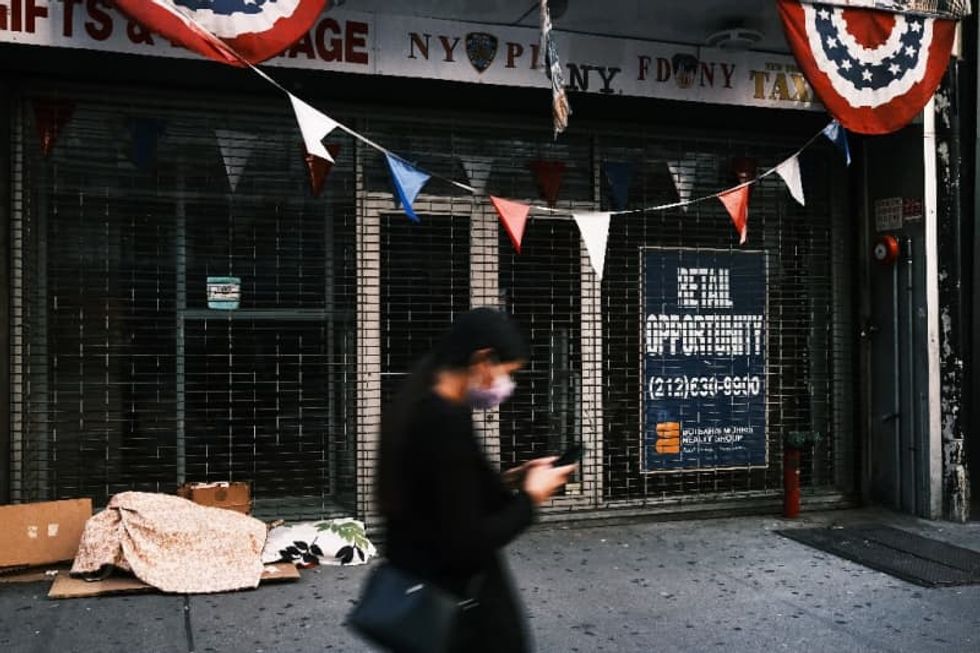 Eleanore Fernandez lost her job as an executive assistant when the coronavirus pandemic struck in March, and things have only grown worse in the months since.

Her husband, a professional musician, was also put out of work, and she is just weeks away from losing the US government unemployment benefits that have helped sustain Fernandez and her teenage daughter.

"I've never been in a situation where it's like, this hairy," Fernandez told AFP, noting she is "taking more out of my savings account."

"I'm going to run out soon if nothing happens," she said.

The coronavirus pandemic caused the US economy to shed more than 20 million jobs, and though some people have been rehired, data shows the jobless are remaining out of work for longer as the virus again surges nationwide.

With the extra unemployment benefits approved by Congress set to lapse at the end of the year, economists warn the US labor face is facing long-term damage ahead of Joe Biden's inauguration as president in January.

Labor Department data for October showed nearly 3.6 million people in the United States have been unemployed for at least six months.

That is equivalent to about a third of the total unemployed population, and is a sign a significant share of people who lost their jobs in the early weeks of the pandemic, in March and April, have not been able to find work.

The figure is 1.2 million higher than in September, making it "the highest month-over-month increase in history," Michele Evermore, senior policy analyst at the National Employment Law Project, told AFP.

Fernandez has spent fruitless months applying for work and is left to wonder what will happen when extended unemployment payments authorized by Congress in March run out on December 26.

"I'm going to have to take anything or deliver groceries, too, or something," she told AFP.

That dilemma is exactly what the central bank chief warned of and what analysts say will make the pandemic damage linger even after the virus is brought under control.

When "people lose attachment to the workforce, particularly once they fall off of unemployment insurance, they stop looking for work, they start figuring out something else, you know, turning to the informal economy," Evermore said.

The government is scheduled to release the November employment report on Friday, and Evermore predicted that, with the economy far from fully healed, the ranks of the long-term jobless will swell further.

Before the crisis, the US had a historically low unemployment rate of 3.5 percent, but most economists believe returning to that level is years away.

And the pandemic could change the labor market in other lasting ways, as more jobs shift away from service industries towards the tech sector, requiring costly and time-consuming re-training to prepare unemployed workers for these new opportunities.

As with most economic trends in the US, the pain is not being felt equally.

African Americans, who have the highest unemployment rate among all racial groups, suffer from what Evermore called "first fired, last hired syndrome," as they have the weakest job prospects and tend to be laid off first.

Some communities had never fully recovered from the lingering pain of the 2008-2010 global financial crisis, and the pandemic will compound that damage as it ripples out into the wider economy.

"It's not just individuals who are unemployed and get hurt, but it's their entire community, because they don't have that money to spend it at the local stores," she said.

Nadra Enzi, who has been unemployed since April, is already seeing this happen where he lives in New Orleans, particularly among African Americans like himself.

He believes racism cost him his job as a security guard, and his search for new work has thus far been unsuccessful.

"The pandemic is also being used for racial discrimination," he said. "That's a whole new field of civil rights."