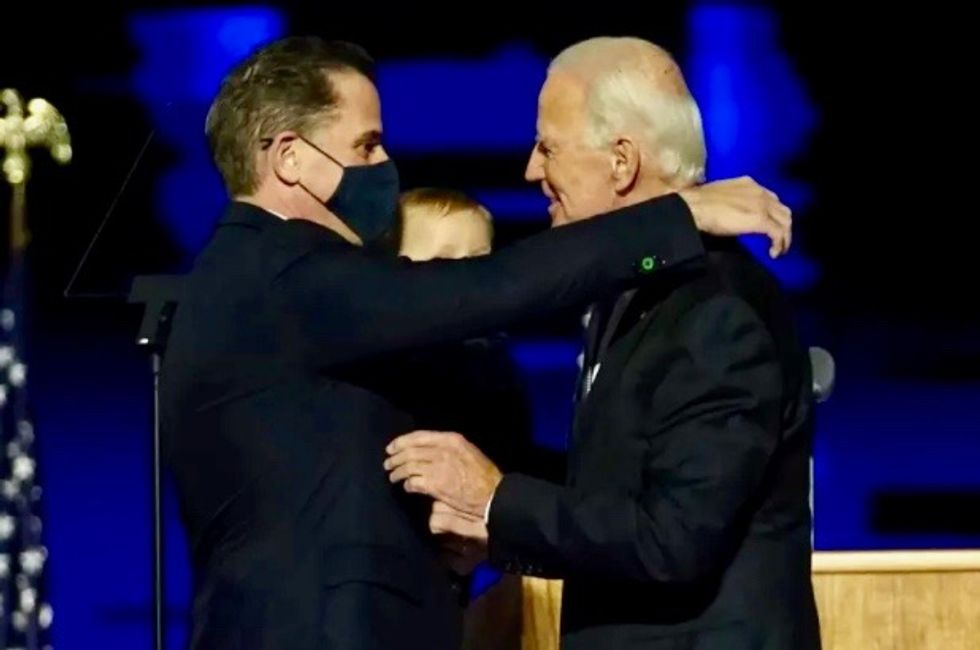 US President-elect Joe Biden has expressed full confidence in his son Hunter, a frequent target of Republican attacks, after it was revealed last week that he was under a federal tax investigation.

During his unsuccessful re-election campaign, President Donald Trump launched repeated accusations against Hunter and said the Bidens were a "corrupt" family and a "criminal enterprise."

"We have great confidence in our son," Biden said, sitting next to his wife Jill, in an interview on "The Late Show with Stephen Colbert," which aired Thursday on CBS.

"I am not concerned about any accusations that have been made against him. It used to get to me. I think it's kind of foul play but... as long as he's good, we're good," he said in his first full remarks on the issue since the tax probe became public.

Trump and his allies have regularly assailed Hunter for his business dealings in Ukraine and China.

From 2014 to 2019, while his father was vice president, Hunter, a lawyer and lobbyist, served on the board of Burisma, a Ukrainian gas company.

Trump has accused Biden of seeking the removal of Ukraine's top prosecutor to protect Burisma -- and his son -- from a corruption investigation.

Hunter, 50, now an artist based in Los Angeles, has admitted to displaying "poor judgment" in some of his business dealings, but denied any wrongdoing.

Colbert asked Biden if there was anything he could "sincerely" thank Trump for accomplishing during his time in the White House.

After a short pause, Biden responded: "There are some things... Getting the vaccine moving has been positive, but by and large, he has been a president who's decided that the way he succeeds is by dividing us."

Biden also said he believes by next Christmas, life in the US will be "awfully close" to normal, "if not there."