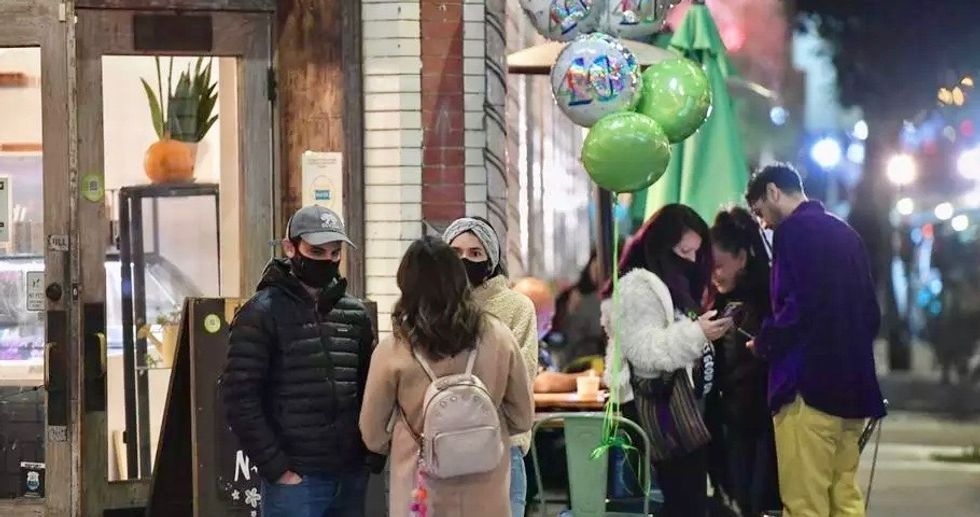 California Governor Gavin Newsom on Thursday announced new statewide bans on gatherings and "non-essential" activities, as hospitals in the nation's most populous state face being overwhelmed by record Covid-19 cases.

The limits will come into effect once 85 percent of intensive care unit beds have been filled -- a development expected in four of California's five regions "as early as the next day or two."

"We are announcing and introducing a regional 'stay-at-home' order in the state of California, fundamentally predicated on the need to stop gathering with people outside of your household," said Newsom.

Once a region is placed under the new limits -- an "emergency brake" which will last for a minimum of three weeks -- the gathering of people from different households will be banned.

Bars and personal services such as hair salons will be temporarily closed, and restaurants will only be allowed to offer take-out and delivery.

Hotels will no longer be allowed to cater to tourists, while campgrounds will be closed for overnight stays.

Offices must close, except for critical infrastructure sectors where remote working is not possible.

Shops will be limited at 20 percent capacity, while only schools with waivers will be allowed to remain open.

California is experiencing record new cases of Covid-19 in a third wave of the virus, with two days this week in which 113 deaths were recorded, up from around 14 daily fatalities in early November.

The state overall has seen almost 1.3 million cases, and more than 19,400 deaths.

The measures follow similar bans on gatherings that went into place this week in densely populated and badly hit Los Angeles County.

They extend upon a near-statewide nighttime curfew introduced last month.

But the new, stricter measures still fall short of California's first lockdown in March, which saw most outdoor activities including beach access and hiking banned.

Anger has been rising in parts of the state including Los Angeles county, where the recent outdoor dining ban and closure of playgrounds have drawn heavy criticism and lawsuits, with some cities openly discussing ways to defy the limits.

Newsom warned state funds could be withheld from counties that fail to enforce the measures.

"If we don't act now, our hospital system will be overwhelmed," he said.