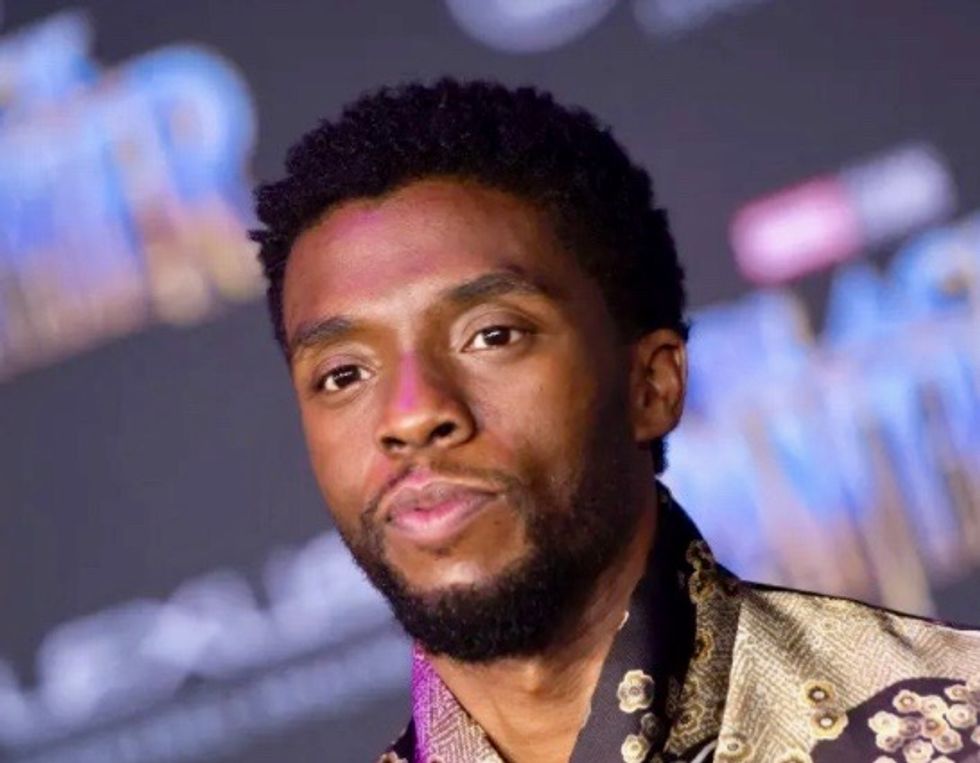 The "Black Panther" star portrays a feisty, irreverent horn player struggling to make himself heard in a Chicago music world riddled with racism and exploitation, in the August Wilson play adaptation out Friday on Netflix.

Boseman's role as the piece's tragic hero takes on added poignancy by his death at age 43 this August from colon cancer -- a diagnosis he never publicly discussed, or even shared with his co-stars during production.

Viola Davis, who plays the real-life "Mother of the Blues" Ma Rainey, has described her co-star's role as "one of the greatest -- if not the greatest -- role for an African-American actor in history," distilling the historic trauma of the Black experience.

"I'm looking back at how tired he always seemed," Davis told The New York Times about the film shot last year.

"Now we know that the role mirrors Chadwick's life... it mirrors the life of every Black person grieving, and especially the life of a Black man," she added.

Boseman had secretly battled through his cancer diagnosis to become the first Black star with his own superhero epic in the record-breaking Marvel franchise.

2018's "Black Panther" was nominated for best picture at the Oscars and grossed over $1 billion worldwide. Last week, Disney paid tribute to Boseman by announcing that his iconic role as T'Challa will not be recast in the sequel.

In his final film, Boseman's cornet player Levee has been hired to support Ma Rainey, who has traveled from the Deep South to record her hit songs on a sweltering summer afternoon in a cramped back-alley studio.

As diva-esque Ma Rainey battles duplicitous producers who want to cash in on her voice and send her packing, Levee plots his own path to solo musical glory while revealing a childhood ravaged by white brutality.

In a bravura performance, Boseman delivers searing monologues that vow to "make the white man respect me" and curse a God who "hates your Black ass" -- interspersed with moments of impish charisma, foot-shuffling dance moves and outrageous flirting.

"Ma Rainey" is the second of Pulitzer Prize-winning Wilson's 10-play "Pittsburgh Cycle" to be adapted by producer Denzel Washington, with each chronicling the African-American experience in a different 20th-century decade.

In a quirk of fate, Washington once funded the studies of a group of young Black US actors attending a prestigious British summer drama program -- including a then-unknown Boseman.

"I'm happy that I got to be a part of sharing his genius with the world," said Washington in the film's production notes.

"I miss him and I love him. On film we'll always have him and I'll never forget him."

For Boseman, that course in Oxford was a seminal opportunity to study Shakespeare, Beckett and Pinter -- but also fostered a desire to propel the works of Black playwrights into the same canon.

"I always felt like black writers were just as classical," he once told Rolling Stone. "It's just as difficult to do August Wilson, and the stories he's telling are just as epic."

As "Ma Rainey" -- who in real life was supported by a young Louis Armstrong and Bessie Smith -- Davis dons gold teeth and a fat suit as she sashays her hips, croons country blues and pours prima-donna scorn on those around her. She is also being tipped for a repeat Oscar bid.

"Chadwick is my baby... (he) was just an artist," Davis recently told journalists.

"Chadwick put his entire being into Levee... Levee demands that because of the Herculean scale of the role," said Wolfe.

"He put every ounce of his heart and passion into it."